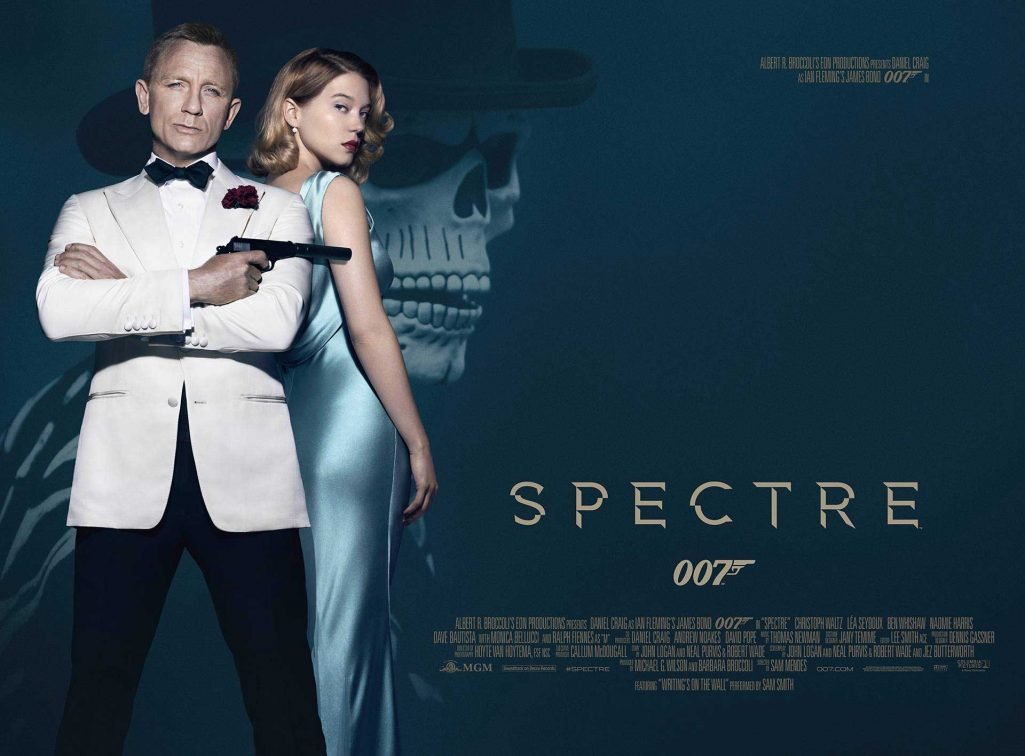 On a rogue mission in Mexico City Bond kills an assassin. Back in London, Bond is grounded by M but confides in Moneypenny that he was acting on orders from the previous M before she died. Bond travels to Rome and infiltrates a secret meeting, but their leader Franz Oberhauser, reveals Bond’s presence. The terrifying Hinx pursues Bond in a car chase. In Austria, Bond meets his old nemesis Mr White and makes a promise to keep Mr White’s daughter safe in exchange for leading him to Oberhauser. The daughter, Dr Madeleine Swann, is reluctant to help, but after Bond rescues her from Hinx she agrees. She reveals the secret organisation is SPECTRE. Swann leads Bond to Tangier and from there they journey by train to a desert location, Swann makes Bond question the life he has chosen for himself. Hinx appears and a vicious fight ensues. At a high-tech facility in the desert Bond and Swann meet Oberhauser. He amasses information to manipulate events and is about to gain control of a global surveillance network. After Oberhauser tortures Bond and reveals himself to be Ernst Stavro Blofeld, Bond and Swann escape and destroy the base. In London Bond debriefs M, is captured by Blofeld, then rescues Swann. Bond has the opportunity to kill Blofeld but decides to let him live. Bond joins Swann, leaving his old life behind.