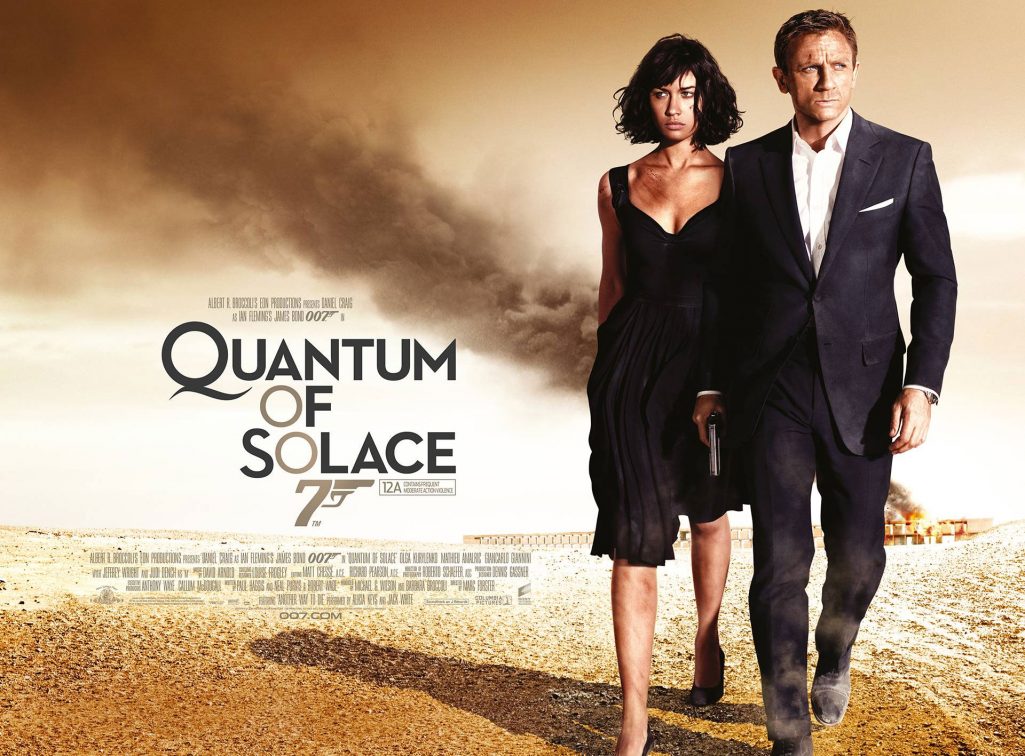 ‘Quantum Of Solace’ starts 10 minutes after the end of Casino Royale. Bond’s search for answers behind Vesper’s betrayal leads him to uncover QUANTUM, a sinister organisation whose tentacles spread across the globe, with double agents buried within the British government, MI6 and the CIA. Evidence takes him to Haiti, where he meets Camille. She is an agent who has her own vengeance-fuelled agenda, to avenge her family’s deaths at the hands of former Bolivian dictator General Medrano. Posing as the girlfriend of faux-environmentalist Dominic Greene, she becomes suspicious of his land acquisition and business relationship with Medrano. With Bond by her side, they discover Greene is part of QUANTUM, an organisation that is secretly appropriating all of Bolivia’s water supply and replacing its left-of-centre president with a more pliable leader.