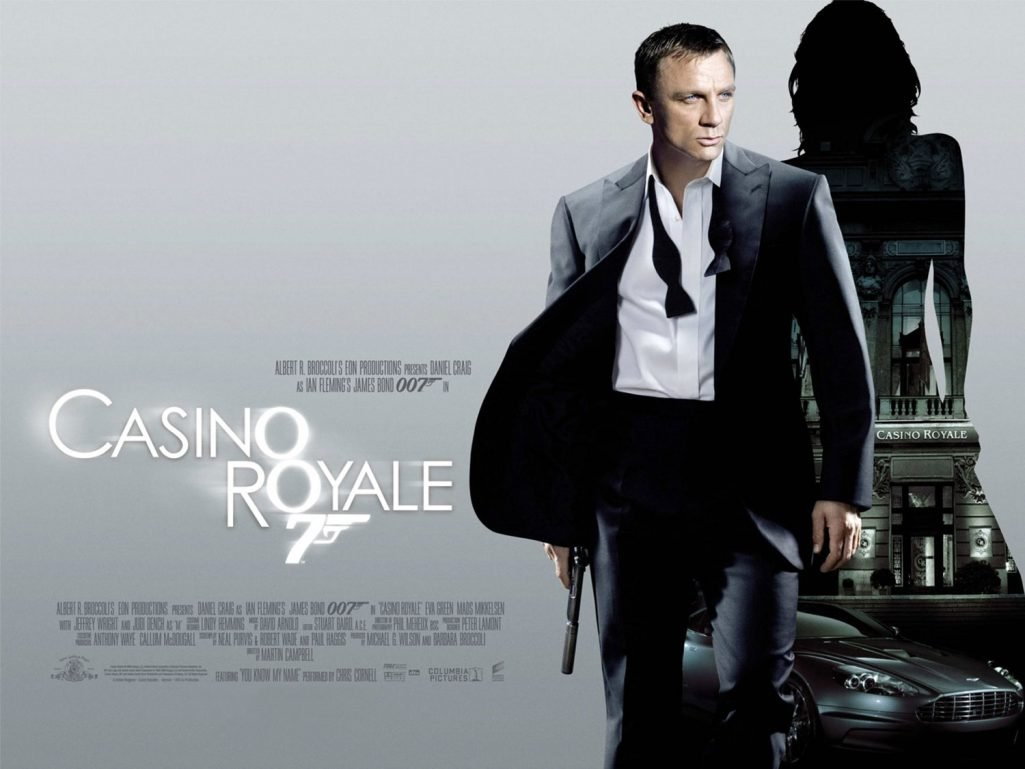 After becoming a 00 agent, James Bond hunts down a bomb maker in Madagascar, which leads him to shady financier Alex Dimitrios in the Bahamas, and then to a plot to blow up the prototype Skyfleet airliner at Miami Airport. By preventing the bombing, Bond leaves criminal banker Le Chiffre on the verge of bankruptcy – Le Chiffre lost his clients’ money by betting on Skyfleet’s failure on the stock market. Le Chiffre sets up a high-stakes poker game in Montenegro to win back the lost money. Bond attends with Treasury agent Vesper Lynd and wins, but Le Chiffre kidnaps Lynd and tortures Bond in an attempt to regain the winnings. They are saved when Mr White, a senior figure in terrorist organisation QUANTUM, kills Le Chiffre. However, Lynd is secretly working for White and has made a deal with him to save Bond’s life. In love with Lynd, Bond resigns from MI6 and travels to Venice with her. There, he realises she has betrayed him and stolen the money. After a gunfight with QUANTUM’s men in a collapsing Venetian villa, Lynd lets herself drown because she cannot bear the burden of her guilt. Bond pursues White and shoots him in the leg, then introduces himself; “The name’s Bond, James Bond.”