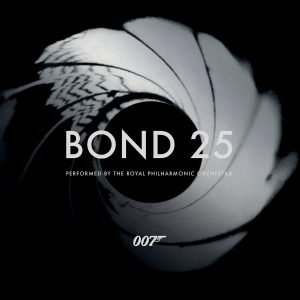 It’s amazing how a mere five words can conjure such a powerful image in one’s mind. You’re probably already thinking of a debonaire secret agent in a volcano lair fighting a dastardly villain or living his best life in an exotic location with a beautiful woman. These are the fantasies that we have enjoyed on the silver screen for 60 years across 25 films. What a ride it has been. Making his debut in Ian Fleming’s novels in April of 1953 before making his way to the big screen in October of 1962, James Bond is a big pop culture icon.

Of course, being such a large and long-running franchise, it’s no secret that the Bond films have also brought with them some amazing songs. To paraphrase Nicholas Buc who said it best in his recent Australian tour, “The music of James Bond aren’t just songs that accompanied the films but are something of a look through the history of pop music“. And he’s correct. Across 23 songs (since two are instrumental compositions), many big names have featured in the Bond films, from Dame Shirley Bassey to Tina Turner, from Tom Jones to Chris Cornell and most recently Adele and Billie Eilish.

On 23 September, 2022, the Royal Philharmonic Orchestra commemorated the 60th Anniversary of the James Bond franchise with the release of their album Bond 25. This release is a comprehensive look at the main title songs that have appeared in each of the 25 Bond films in a purely instrumental form. These performances all highlight different elements within the original songs and provide different takes on the themes and songs that have been such a large part of the franchise for so long.

The collection opens with the James Bond Theme, first heard in 1962’s Dr. No and has appeared in every subsequent Bond adventure. This is one of the best composed themes in all of cinema history and this version sets the bar very high for the rest of what’s to come. From Russia With Love sets a great mid-ground between the striking “action version” of the theme from the opening credits of the film and Matt Munro’s sung version, while tracks such as Thunderball and Diamonds Are Forever delve into more mysterious sounds. The themes that are more action-oriented, such as On Her Majesty’s Secret Service, Live and Let Die and The Living Daylights, are as striking as you’d expect them to be.

What I’m surprised to find with this collection is that a few tunes that have been real lows for me have become big favourites on this album. Die Another Day was never one I cared for, but I find it to be one of the most intriguing tracks on this album. The same can be said for Another Way to Die, which Bond fans have divided opinions on, is truly elevated by its presentation on this album. The inclusion of electric guitars and full drum kit on these tracks make them distinct from other performances on the rest of this album.

As a musician and a James Bond fan, this album has really hit the mark for me. This is a great way to experience these songs for people who may not have taken to the songs originally. These orchestral versions not only tap into the quintessential Bond sound that John Barry and David Arnold, among many others, have utilised in their scores but have reinvigorated my love for my favourite songs and given me a whole new appreciation for those that I hadn’t taken to.

I wholeheartedly support this album as a required listen to the legions of diehard Bond fans out there, but I would also highly recommend this to a casual fan of the series and music enthusiasts alike. This is a truly great release. I have minor complaints for songs that I wish had been included, such as Louis Armstrong’s We Have All the Time in the World and KD Lang’s Surrender, but if my biggest complaint is that I wish there was more here after 25 songs, it can only go to demonstrate how strong this release is.

Review: ‘With A Mind To Kill’ by Anthony Horowitz