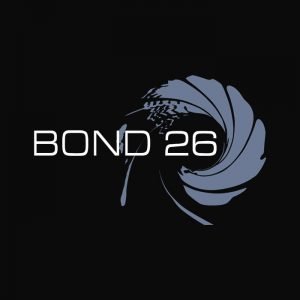 Sunday, 2 October, 2022: Speaking at the BFI’s ‘In Conversation: 60 Years of James Bond‘, producer Michael G. Wilson says that when it comes to reflecting changing times however, James Bond films should “not just embrace everything immediately“, arguing that “sometimes things that you think are really important and key are completely out of date 10 years later“.

Wilson goes on to say that the films will continue to draw on Ian Fleming’s original novels, with the author’s “rich” storytelling allowing for various interpretations of the stories and character.

“If you actually read the Bond novels, they’re pretty good literature when you get down to it [and] Bond’s a very complex figure,” Wilson said. “That’s why it’s lasted so long, because you can pull out of Fleming all kinds of situations and interpretations of Bond, and each one of the actors that’ve played it have taken it on as their own and reinterpreted Fleming but they’ve always found the basis for the character in Fleming, which shows you how rich he was a novelist.”

Friday, 30 September, 2022: To coincide with the 60th Anniversary of James Bond, producers Barbara Broccoli and Michael G Wilson appeared on The Empire Film Podcast, where they reiterated that there will be a “reimagining” of the films and that the new actor will be in the role for at least a decade.

“When you change the actor you have to reimagine the direction the film’s gonna go in. When you hire an actor, you’re hoping you’re going to spend a decade at least with them and make four or five or six films with them. So you have to think through, ‘what is the trajectory? What is that actor going to bring? How are you going to move the series into another direction?’”

“We’re going to take our time. We want to get a sense of where we want to go with the series and we want to do that before we bring anybody else on. We’ll start the process probably with Robert Wade and Neal Purvis and we’ll see where we go!”

Thursday, 22 September, 2022: Speaking to The Hollywood Reporter, producers Barbara Broccoli and Michael G. Wilson confirm that following the passing of Her Majesty Queen Elizabeth II, James Bond “will now be working for king and country.”

Broccoli also confirms that they are “nowhere near making that decision” regarding the casting of the next James Bond actor, and emphasises that their main focus when entering into a new era of Bond is thinking about “the trajectory of the Bond films and the storylines and where we want to take them. So, that’s really the main focus at the beginning“, and goes on to say that, “once we have a sense of where we want to go, then we’ll start thinking about casting. We’re not just casting someone for one film. We’re casting someone hopefully for a decade, at least.”

Speaking on the narrative arc and villain that the new iteration of Bond may face, Broccoli says “We always sit down with our writers, and we start by thinking about ‘What is the world afraid of?’ We start by thinking about, ‘Who’s the Bond villain?’ We try to focus on that as the sort of über story, and then we want to also look at Bond’s emotional life, and what he’ll be facing personally that he hasn’t had to deal with before. So he has two big issues in the films — one is the geopolitical one and the other is the personal one.”

Wednesday, 21 September, 2022: Speaking to Variety, James Bond producers Barbara Broccoli and Michael G. Wilson say it’s still “early days” in the search for the next 007 actor, but whoever it is, must be in it for the long haul.

“The thing is, it’s going to be a couple of years off. And when we cast Bond, it’s a 10-, 12-year commitment. So he’s probably thinking, ‘Do I really want that thing?’ Not everybody wants to do that.

That’s why, when people go, ‘Oh, who are you going to get?’ it’s not just about casting an actor for a film. It’s about a reinvention, and ‘Where are we taking it? What do we want to do with the character?'” And then, once we figure that out, who’s the right person for that particular reinvention?”

Sunday, 14 August, 2022: In a joint press release, MGM has announced a new multi-year deal that will see Warner Bros. handle the international distribution of its theatrical titles.

Wednesday, 29 June, 2022: In an exclusive feature published by Deadline, producer Barbara Broccoli reveals that it will be “at least two years” before Bond 26 begins filming, and that the search for the next James Bond actor has yet to begin, as “it’s a reinvention of Bond.”

Speaking at the BFI Chair’s Dinner at Claridge’s Hotel in London, Broccoli says, “Nobody’s in the running. We’re working out where to go with him, we’re talking that through. There isn’t a script and we can’t come up with one until we decide how we’re going to approach the next film because, really, it’s a reinvention of Bond. We’re reinventing who he is and that takes time. I’d say that filming is at least two years away.”

Sunday, 27 November, 2022: British tabloid, The Sun, reports that British actor Aaron Taylor-Johnson “went for a screen test to be the next Bond in September and producers and Barbara loved him.”

“He is now one of the front-runners.”

As with all reports from British tabloids, the article should be taken with a grain of salt.

Saturday, 3 December, 2022: Celebrity gossip and pop culture site, Deuxmoi, claim that Aaron Taylor-Johnson “is the next Bond” and that he has already filmed “a mini trailer of just him doing the famous Bond shot” which will be released in March / April 2023 “to announce him as the new actor.”

It should be noted that while Deuxmoi has, in the past, been accurate in its reporting and anonymous tips, it also posts fake rumours submitted by studios.

Saturday, 10 December, 2022: Further Deuxmoi’s claims, The Sun reports that an insider has revealed that “Aaron [Taylor-Johnson] has impressed bosses so much that he has filmed one of the franchise’s famous gun barrel teaser scenes, something all the Bond actors do. That move takes him a step closer to signing a deal.”

“Bosses at the brand were really impressed with his unique blend of acting intensity and his impressive back catalogue of action films.”

Furthermore, the tabloid claims that “it can also be revealed that despite Ms Broccoli saying no announcement on a new 007 film is imminent, stunt men and women are being tested at Pinewood Studios,” with a source stating that, “They want to be ready for when things start moving with the new Bond.”

Monday, 2 January, 2023: Matthew Belloni, the former editor of The Hollywood Report, and current author for Puck News, has confirmed that the Aaron Taylor-Johnson casting rumours are true.

“And, obviously, the granddaddy of casting coups: James Bond. The Aaron Taylor-Johnson rumours are true — he sat with producer Barbara Broccoli, and the meeting went well, per sources. But while Taylor-Johnson fits the bill — great actor, British, fits the younger direction the Broccolis want to go, accomplished but not particularly famous — he’s about to be a much bigger star. If Sony’s Spider-Man spinoff ‘Kraven the Hunter’ or Universal’s Ryan Gosling two-hander ‘The Fall Guy’ works, Taylor-Johnson might end up, ironically, too famous to take on Bond.”

Friday, 6 January, 2023: While a guest on The One Show (BBC) actor Rory Kinnear (Quantum of Solace – No Time To Die) responded to questions regarding the next James Bond actor, stating that “I always feel slightly bad for the people who are being highlighted, because it never tends to be them. They are very good at keeping the real person secret. I’d be interested to see who does take over, obviously, but it tends not to be the frontrunner. That’s historically.”

Monday, 9 January, 2023: EON Productions Annual Report and Financial Statements for the Year Ended 31 December 2021 state that “Looking forward, the directors the directors anticipate to display continued growth and profitability whilst concentrating on the next development of its next film toward its production.”

Wednesday, 11 January, 2023: Giant Freakin Robot report that “Aaron Taylor-Johnson is close to securing the role of James Bond in the latest iteration of the character after three intense meetings and a successful screen test. According to our trusted and proven sources, the ‘Bullet Train’ actor is at the penultimate step of becoming the next 007 after months of speculation and increasing reports that he is in high contention for the role.“