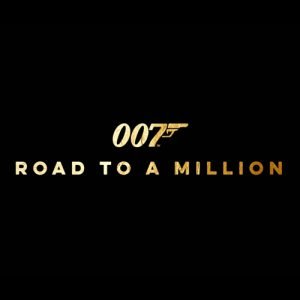 While the search for the new James Bond churns slowly in the background, Barbara Broccoli and Michael G. Wilson have been busy preparing for the 60th Anniversary of James Bond in October 2022, and are currently in production on 007’s Road to a Million, a competitive reality series based on the iconic British spies globe trotting adventures.

“People have always come to us about doing a TV show, [saying,] ‘Oh, you should do a Bond challenge,’ but we always stayed away from it because we didn’t want to put people in danger and have them do dangerous things, because it’s not for members of the public — it’s for trained professionals,” explains Broccoli in a recent interview with Variety.

The pair say 007’s Road to a Million was the first time a producer – Britain’s 72 Films – has approached them with an idea that seemed both “fun” and “safe”. “It wasn’t going to be dangerous to the participants is the key thing,” notes Wilson.

“Audiences will get a big kick out of it, and that’s why we agreed to do it,” she says. “I mean, it surprised us as well as everybody else. Like, wow, we’re gonna do this.”

Broccoli and Wilson are producing the eight-part series alongside 72 Films and MGM Studios.