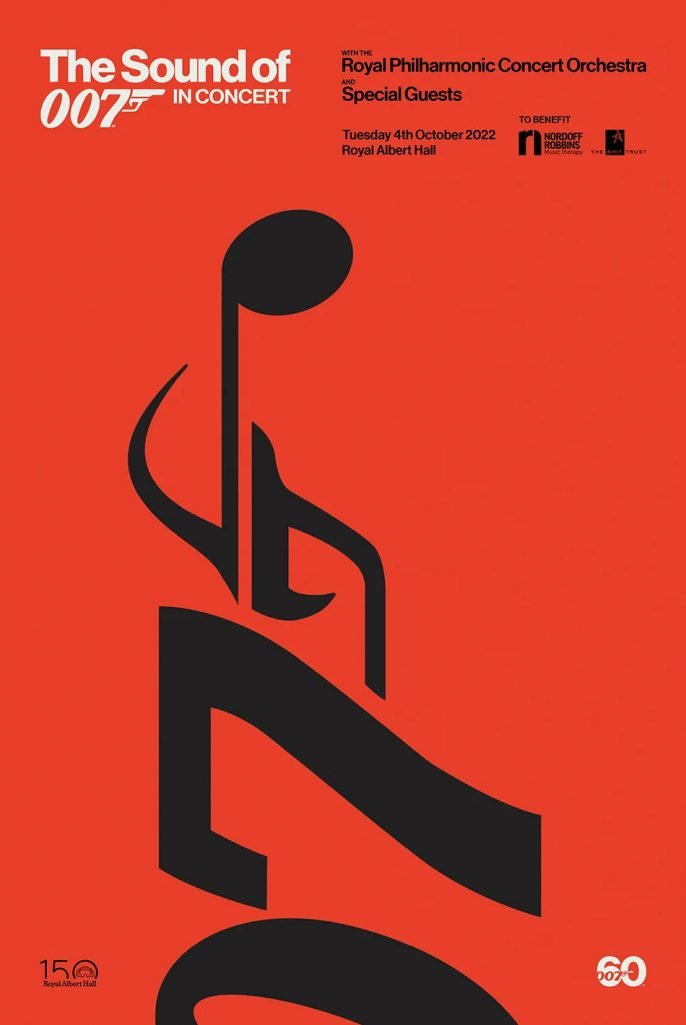 New additions to The Sound of 007 in Concert at the Royal Albert Hall on 4 October, 2022 have been announced.

The concert, created by EON Productions and produced by five-time Bond composer David Arnold, marks 60 years since the world premiere of Dr. No on 5 October, 1962.

A custom Duesenberg guitar signed by Michael G. Wilson, Barbara Broccoli, David Arnold and the concert artists will be auctioned off at Christie’s following the concert.

Proceeds from the event will benefit Nordoff Robbins Music Therapy and The BRIT Trust, of which The BRIT School is a beneficiary.

Following the concert, The Sound of 007: LIVE from the Royal Albert Hall, an exclusive recording of the live event, will be available to stream globally from Thursday, 6 October, 2022 at 8:00 AM (AEST) on Prime Video as part of the James Bond 60th Anniversary celebrations.

The Sound of 007, directed by Mat Whitecross and produced by John Battsek for Ventureland, will available on Prime Video worldwide from 5 October, 2022.

The feature documentary charts the incredible history of the music, from Sean Connery’s Dr No (1962) through to Daniel Craig’s final outing in No Time To Die (2021), with enthralling true tales behind the tunes and famous faces who have recorded some of the most beloved soundtracks in cinema.