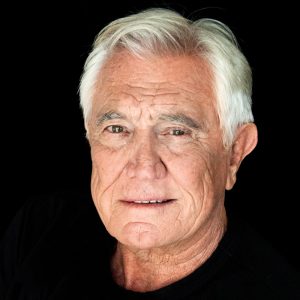 George Lazenby has been dropped from the final leg of The Music with James Bond tour following major backlash after Lazenby made “creepy”, “disgusting” and “homophobic” comments during an onstage interview with conductor Nicholas Buc at the Perth Concert Hall on Saturday, 10 September, 2022.

Audience members, including families with children, took offence at the explicit nature of the anecdotes told by the former James Bond actor, which included references to sexual conquests, poor language and “homophobic” comments about the LGBTQ+ community at the family friendly event.

One audience member in attendance told Perth Radio Station 6PR, that he was “basically talking about his sexual conquests” and that “he was homophobic, he swore, he certainly wasn’t talking about his Bond movies. He downplayed the Queen a day after she died.”

“It was absolutely unbelievable… At one point he named an Australian cricketer whose daughter he was chasing, and he said he dragged the daughter out of a pub and put her in a car in London, which again is of course horrific. He named women who he had slept with, and there were children in the audience. There were a lot families who had brought their kids probably to their first ever classical music concert. It wasn’t even charming, it wasn’t even funny. It was creepy, it was offensive… there’s no two ways about it.”

In the West Australian newspaper, another attendee described the interview as “the self-interested misogynistic stories of George Lazenby’s sexual prowess, intimate details of diarrhoea and objectification of women.”

Following the event, Lazenby issued a statement via social media:

I am sorry and saddened to hear that my stories in Perth on Saturday might have offended some people. It was never my intention to make hurtful or homophobic comments and I am truly sorry if my stories that I have shared many times were taken that way. I only ever wish to share pic.twitter.com/zD9jEazNm2

Concert producer Concertworks said is was “extremely saddened and disappointed by George Lazenby’s language, comments and recollections during The Music of James Bond concert at the Perth Concert Hall on Saturday 10 September.”

“These were his personal views and there is no excuse for this in today’s society. They do not reflect the views of Concertworks. On behalf of Concertworks, we sincerely apologise to the audience, performers, conductor, WASO and the Perth Concert Hall. Concertworks denounces Mr Lazenby’s conduct and the final Music of James Bond concert in Melbourne will proceed without Mr Lazenby in attendance.”

The West Australian Symphony Orchestra (WASO) have also distanced themselves from the actor in a statement released over the weekend, stating that “Mr Lazenby’s recollections were personal views and they are totally unacceptable. His views are not shared or endorsed by WASO or Perth Concert Hall.”

“These were his personal views and there is no excuse for this in today’s society. They do not reflect the views of Concertworks,” he said.

“Concertworks has been in touch with people who have raised concern and it has issued an apology. Concertworks has chosen to discontinue its relationship with Mr Lazenby [and] commenced a thorough review of the matter.”

“Discrimination due to race, gender identity, sexual orientation or disability have no place at our venues. Inappropriate behaviour will not be tolerated and we expect everyone to treat others with dignity, courtesy and respect,” she said.

Existing ticket holders who no longer wish to attend can contact the Melbourne Arts Centre at least 2 hours prior to the commencement of the event on 1300 182 183 between 9:00 AM – 4:30 PM (AEST) or email tickets@artscentremelbourne.com.au.