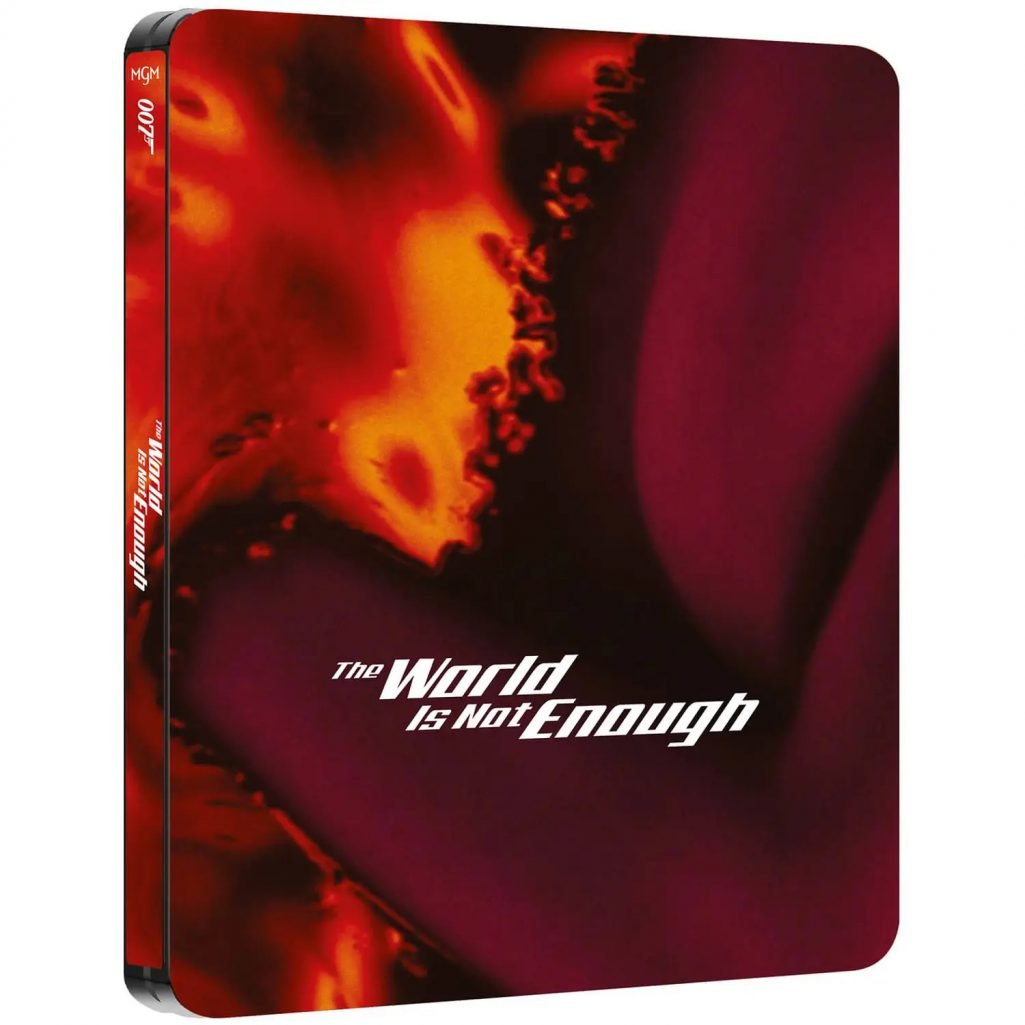 Zavvi have announced the release of the The World Is Not Enough (1999) Zavvi Exclusive Blu-ray SteelBook on Monday, 3 October, 2022.

Following the murder of her father, oil magnate Sir Robert King, Elektra is assigned a bodyguard – MI6’s top agent James Bond. Sir Robert, an old friend of M’s, has been assassinated by terrorist Renard, who also seems to be targeting the 800-mile King pipeline, under construction from Azerbaijan to bring oil to the West. Freelance terrorist Renard has a bullet lodged in his skull following a run-in with 009; slowly dying, he feels no pain. Bond and Elektra become emotionally involved, but it transpires that Elektra, previously the victim of a kidnapping plot by Renard, seduced him and has engineered the takeover of her father’s business empire. Elektra kidnaps M and plans to detonate a nuclear explosion in Istanbul, contaminating the Bosphorus and ensuring the King pipeline is the sole oil route west. Bond, aided by atomic physicist Dr Christmas Jones, kills Elektra and Renard, rescues M, and prevents the cataclysm.