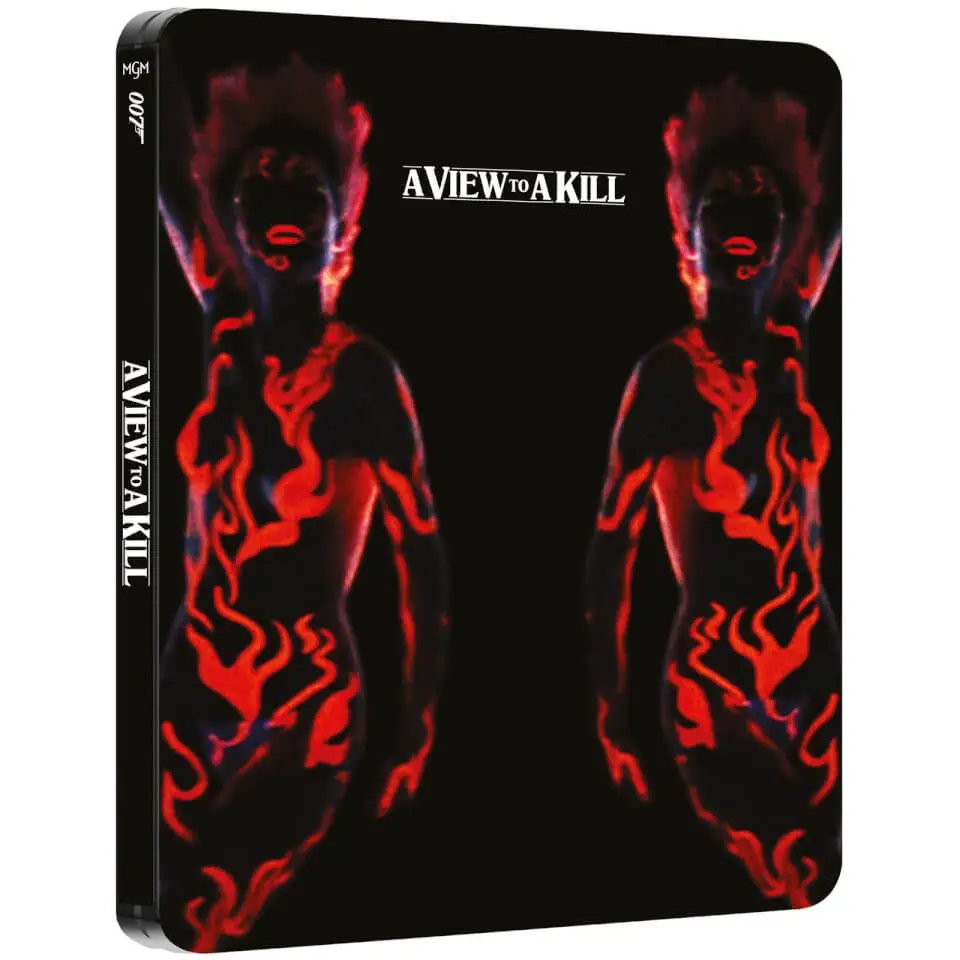 Zavvi have announced the release of the A View To A Kill (1983) Zavvi Exclusive Blu-ray SteelBook on Monday, 3 October, 2022.

“A microchip James Bond recovers from the body of 003 in Siberia is a copy of one that is impervious to the magnetic pulse of a nuclear blast. It is made by a company recently acquired by Anglo-French combine Zorin Industries, so Bond is assigned to investigate Max Zorin. In Paris, Bond meets detective Aubergine to find out about Zorin, but Aubergine is killed by Zorin’s bodyguard May Day. Bond poses as a horse trainer to infiltrate Zorin’s equestrian estate, but his cover is blown and Zorin tries to drown him. 007 survives and tracks Zorin to San Francisco, where Zorin is planning Project Main Strike: the destruction of Silicon Valley by detonating explosions in mines beneath lakes and flooding the Hayward and San Andreas faults. With help from geologist Stacey Sutton, Bond sabotages Zorin’s scheme. Finding an unexpected ally in May Day, whom Zorin has betrayed, Bond prevents the main explosion from detonating. As Zorin escapes in his airship, he kidnaps Stacey. The final confrontation between Bond and Zorin is atop the Golden Gate Bridge in San Francisco, where Zorin falls to his death.”