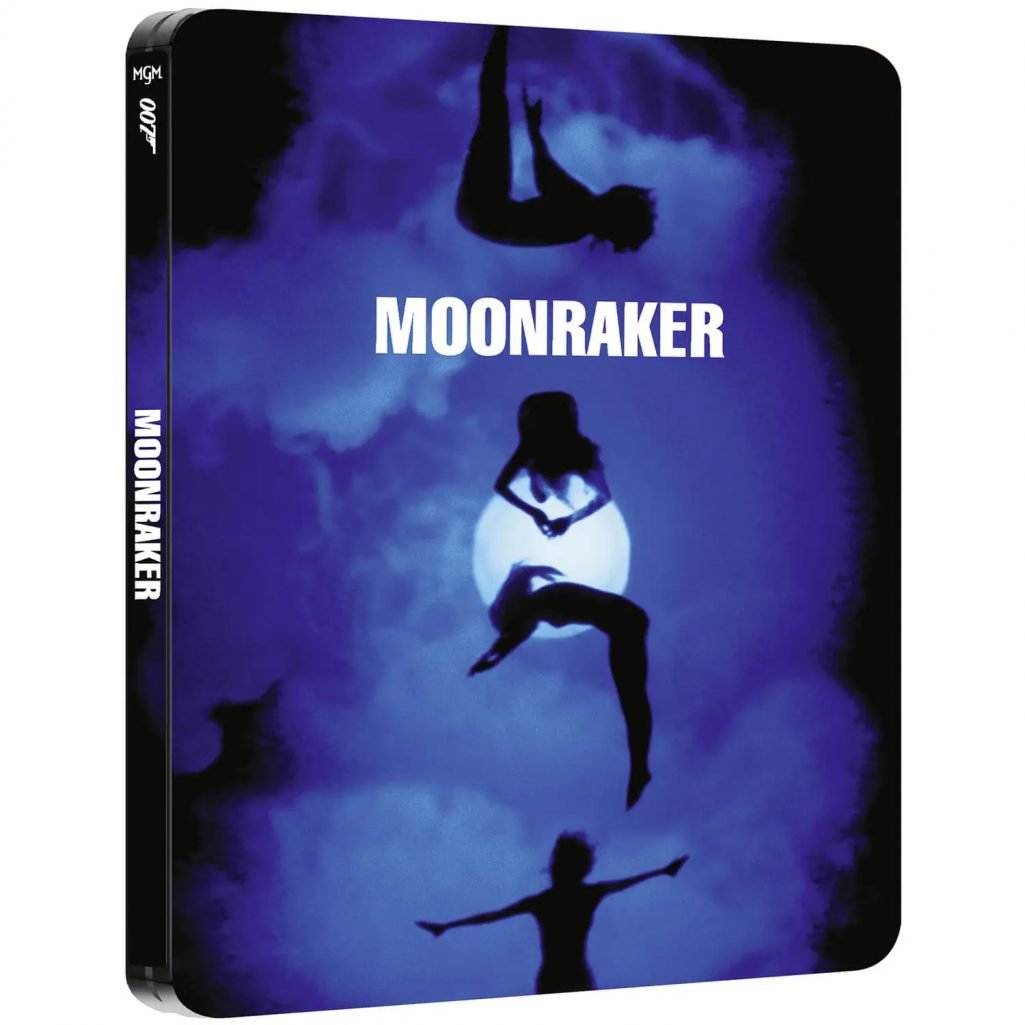 Zavvi have announced the release of the Moonraker (1979) Zavvi Exclusive Blu-ray SteelBook on Monday, 3 October, 2022.

“When the Moonraker space shuttle is hijacked, M sends Bond to the shuttle’s manufacturer, Hugo Drax, to investigate. Bond follows clues that lead him first to Venice, where he discovers Drax’s laboratory manufacturing a highly toxic nerve gas, and then to Rio, where he teams up with CIA agent and astrophysicist Holly Goodhead. At every turn they are attacked by Jaws on Drax’s orders. Bond goes into the jungle to find the source of the nerve gas, but instead discovers that Drax is launching multiple space shuttles filled with couples who will find safe haven in his secret space station. Drax plans to send pods containing deadly nerve gas to Earth to destroy the human race, and will later repopulate it with his master race of perfect physical specimens. A platoon of US marines arrive in a shuttle and defeat Drax’s men in a laser battle, while Bond and Dr. Goodhead track and destroy the deadly gas.”

Ian Fleming Apparel from Out of Print