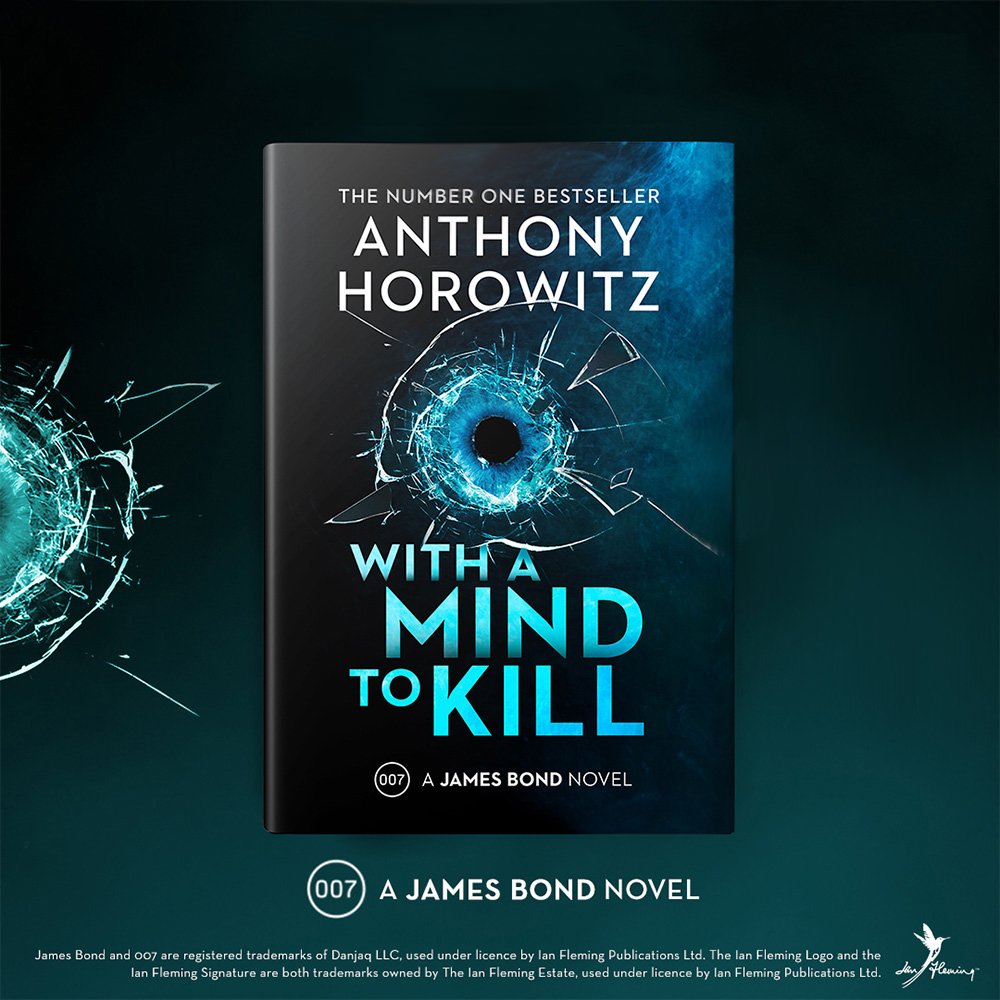 With A Mind To Kill by Anthony Horowitz
by Joshua Gay (host of Selling Secrets Podcast)
Rating: ⭐⭐⭐⭐⭐

With a Mind to Kill poses somewhat of a moral dilemma for Ian Fleming Publications: What happens when your continuation series author is a better writer than the original creator of your franchise?

Anthony Horowitz has masterfully written a polished, unpredictable, page-turning thriller that will keep readers guessing until the very end.

In his third and final James Bond 007 continuation novel, Anthony Horowitz tackles Bond at the end of his career, following on from Ian Fleming’s final novel The Man with the Golden Gun (1965).

Bond is very muchly a broken man, rebuilding himself after his encounter with Scaramanga, and is tasked with one last mission: to go undercover behind the Iron Curtain and take down the Russians who brainwashed him to assassinate M.

What ensues is a non-stop thrill ride that sees Bond travel from London, to Russia, and culminating in a nail-biting climax on the Soviet side of the Berlin wall.

What makes With A Mind To Kill such a brilliant novel is that whilst it definitely is a bombastic James Bond story that’s deserving of a big-screen adaptation, it’s also a contemplative narrative, with Bond looking back over his career as a Double-0 and how it has affected him physically and psychologically.

The story is clearly a nod to classic Cold War spy stories such as Richard Condon’s The Manchurian Candidate and John le Carre’s The Spy Who Came in From the Cold, but it never feels derivative or predictable, which could’ve easily happened if it were written by a lesser author than Horowitz.

The characters from James Bond himself, to the villainous Russian spymaster Colonel Boris, the mysterious Bond girl Katya Leonova and all the other minor players, are fleshed out fully with believable personalities, backstories and motivations.

My only criticism of With A Mind To Kill is Horowitz’s overuse of references to Bond’s previous adventures in the original Fleming texts. In Horowitz’s other continuation novels Trigger Mortis and Forever and a Day, those references to Fleming felt more organic, whereas in With a Mind to Kill, they sometimes feel a bit too forced.

Maybe that’s because in Trigger Mortis, Horowitz leant on pre-existing characters such as Goldfinger’s Pussy Galore when referencing the Fleming stories, where in With a Mind to Kill, the references are used more in Bond’s own inner monologue when reflecting on his life as an agent.

But overall, it’s a very minor complaint from an otherwise flawless novel.

I also highly recommend listening to the audiobook for With A Mind To Kill. Narrated by cinematic Bond alumni Rory Kinnear who played Bill Tanner in the Daniel Craig era, the audiobook for is a brilliant production that enhances the experience of the story tenfold. Having previously narrated the audiobook for Ian Fleming’s Live and Let Die, Kinnear has honed his skills as a narrator, performing each of the characters with unique voices and accents. His overall speaking cadence is spot-on too, building with excitement in his voice as the action builds and slowing in the more pared back sections, allowing the listener to breathe.

With A Mind To Kill is essential reading for any self-respecting Bond fan and helps to fill the inevitable centuries-long gap between No Time To Die and Bond 26.