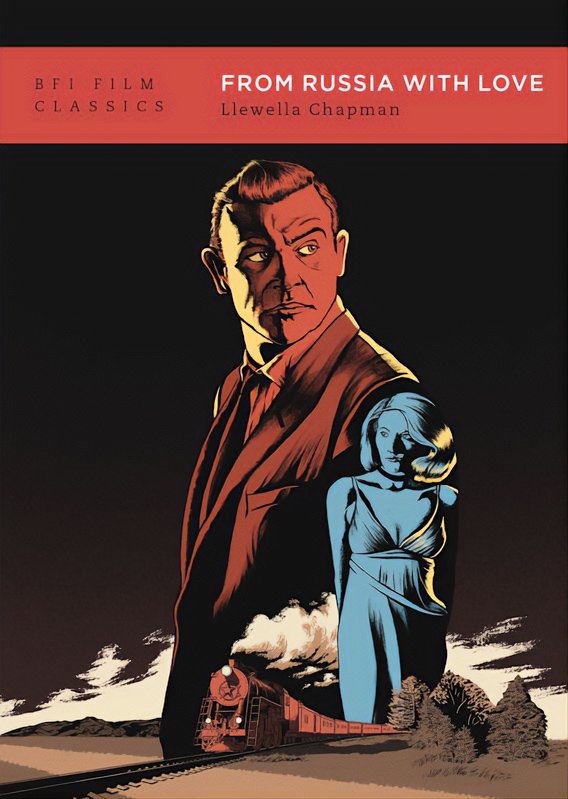 Often hailed as the ‘best’ James Bond film, From Russia With Love (1963) is celebrated for its direction by Terence Young, memorable performances from Sean Connery in his second outing as 007, Pedro Armendáriz as Kerim, Lotte Lenya as the lesbian villain Colonel Rosa Klebb, and Robert Shaw as Red Grant, the sexually ambiguous SPECTRE assassin. And regardless of its place within the longest-running continuous film series in cinema history, it is also an outstanding example of the British spy thriller in its own right.

Llewella Chapman’s study of the iconic film pinpoints its place within the James Bond film franchise, and its significant cultural value to critics and fans as well as this film’s important place within British cinema history more widely. Drawing on a broad range of archival sources, Chapman traces the film’s development and production history, including its adaptation from Ian Fleming’s source novel, as well as its reception and lasting impact. Chapman also considers the film’s portrayal of gender politics, with its queer villains counterpoised with the heterosexual couple Bond and his Russian counterpart Tatiana Romanova, the context of Cold War politics, and the influence of Alfred Hitchcock’s North by Northwest (1959).

From Russia With Love (BFI Film Classics) by Llewella Chapman will be published by Bloomsbury Publishing on 6 October, 2022.