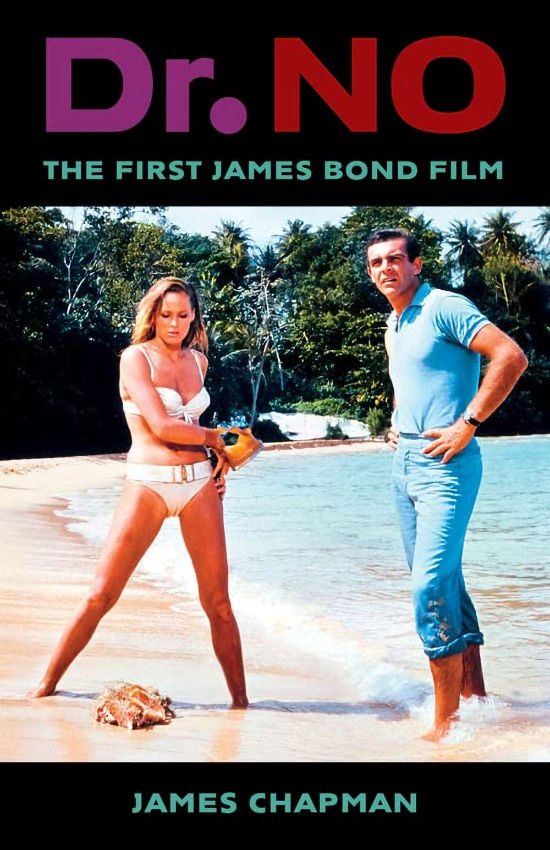 When Dr. No premiered at the London Pavilion on October 5, 1962, no one predicted that it would launch the longest-running series in cinema history. It introduced the James Bond formula that has been a box-office fixture ever since: sensational plots, colourful locations, beautiful women, diabolical villains, thrilling action set pieces, and a tongue-in-cheek tone. An explosive cocktail of action, spectacle, and sex, Dr. No transformed popular cinema.

James Chapman provides a lively and comprehensive study of Dr. No, marshalling a wealth of archival research to place the film in its historical moment. He demonstrates that, contrary to many fan myths, the film was the product of a carefully considered transnational production process.

Chapman explores the British super-spy’s origins in Ian Fleming’s snobbery-with-violence thrillers, examining the process of adaptation from page to screen. He considers Dr. No in the contexts of the UK and Hollywood film industries as well as the film’s place in relation to the changing social and cultural landscape of the 1960s, particularly Cold War anxieties and the decline of the British Empire. The book also analyses the film’s problematic politics of gender and race and considers its cultural legacy.

Dr. No – The First James Bond Film by James Chapman will be published by Wallflower at the Columbia University Press on 8 November, 2022.

‘Licence to Kill: The Science of 007’ by Kathryn Harkup