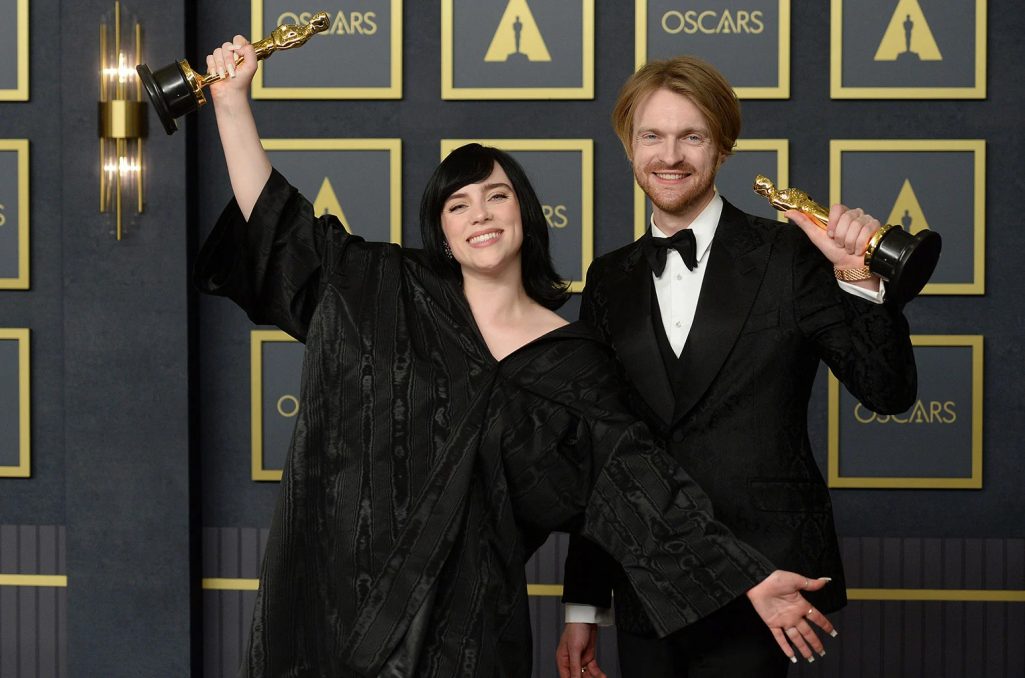 Billie Eilish and FINNEAS have been awarded the Academy Award for Best Original Song for ‘No Time To Die’, the title track of the 25th official James Bond film.

The sibling duo have completed a near clean sweep of the awards season, picking up every major award they were nominated for including, the BAFTA, Golden Globe, Critics Choice and Society of Composers & Lyricists Awards, as well as 24 other awards for Best Song.

This is the third consecutive Best Song win for a James Bond franchise, with Sam Smith and Adele winning for ‘Skyfall’ and ‘Writing’s on the Wall’ in 2012 and 2015. The win also sees Billie Eilish become the first person born in the 21st Century to win an Academy Award.

After being introduced by Rami Malek, the pair performed the song live, as is customary for Best Original Song nominees.

No Time To Die (2021) was also nominated for Best Sound and Best Visual Effects, which it lost to Dune (2021) in both categories.

The Academy Awards paid tribute to the 60th Anniversary of James Bond with a montage set to ‘Live and Let Die’ (1976) by Sir Paul McCartney & Wings. In one of the more baffling moments of the evening, the montage was introduced by professional athletes Tony Hawk, Kelly Slater and Shaun White, even though Bond alum Rami Malek, Judi Dench and Javier Bardem were all in attendance.

Barbara Broccoli and Michael G. Wilson Honoured with 2022 Pioneers Of The Year