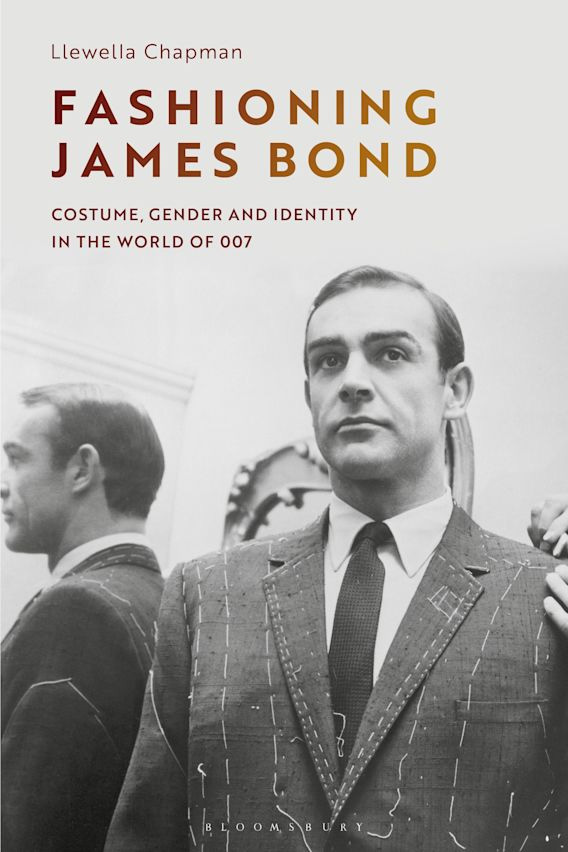 Fashioning James Bond is the first book to study the costumes and fashions of the James Bond movie franchise, from Sean Connery in 1962’s Dr No to Daniel Craig in Spectre (2015). Llewella Chapman draws on original archival research, close analysis of the costumes and fashion brands featured in the Bond films, interviews with families of tailors and shirt-makers who assisted in creating the ‘look’ of James Bond, and considers marketing strategies for the films and tie-in merchandise that promoted the idea of an aspirational ‘James Bond lifestyle’.

Addressing each Bond film in turn, Chapman questions why costumes are an important tool for analysing and evaluating film, both in terms of the development of gender and identity in the James Bond film franchise in relation to character, and how it evokes the desire in audiences to become part of a specific lifestyle construct through the wearing of fashions as seen on screen. She researches the agency of the costume department, director, producer and actor in creating the look and characterisation of James Bond, the villains, the Bond girls and the henchmen who inhibit the world of 007. Alongside this, she analyses trends and their impact on the Bond films, how the different costume designers have individually and creatively approached costuming them, and how the costumes were designed and developed from novel to script and screen. In doing so, this book contributes to the emerging critical literature surrounding the combined areas of film, fashion, gender and James Bond.

Fashioning James Bond: Costume, Gender and Identity in the World of 007 by Llewella Chapman will be published by Bloomsbury on 21 October, 2021.