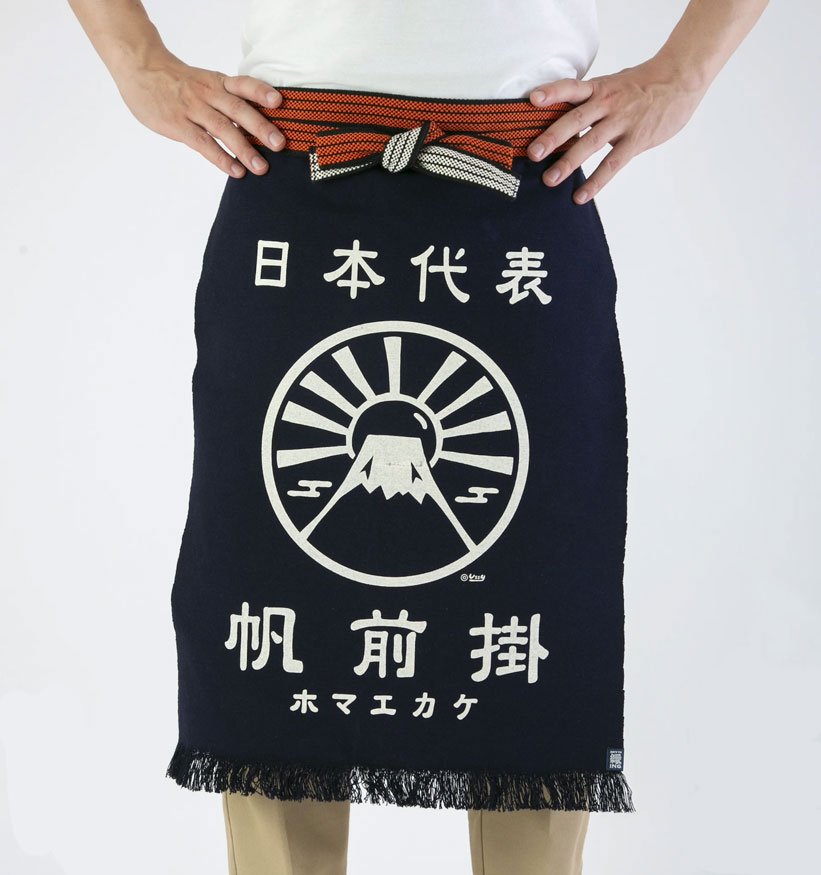 The Japanese Times reports that Q (Ben Whishaw) will wear a traditional Japanese maekake apron by Anything Co. Ltd. in No Time To Die (2021).

Speaking to the Times, company president Kazuhiro Nishimura says that, three years ago, he received an email from the UK based home goods store Labour and Wait, where Anything Co. Ltd.’s maekake aprons were being sold, asking if he would grant the production team of the upcoming James Bond film, No Time To Die, permission to feature an apron in the upcoming film.

“They wanted to use a maekake with a Mount Fuji print design and ‘Representative of Japan’ written above it. I even bought an advance ticket to see the film. But it was delayed so many times, I still haven’t seen it. I did find a report by a Japanese film writer who went on set at Pinewood Studios, though, and he wrote that he saw Ben Whishaw as Q wearing it in a scene in which he is cooking.”

The maekake apron was once standard workwear for trades and craftspeople, dating back to the Edo Period from 1603 – 1868. The heavy-duty indigo blue sailcloth apron feature a fringed bottom, and distinctive red and white braided straps, which double-wrap around the wearers waist to tie at the front, a feature that puts pressure on the lower back to help improve posture.

The Mount Fuji Maekake Apron is available from Anything Co. Ltd. for US $55.

‘The World Is Not Enough’ Zavvi Exclusive Steelbook