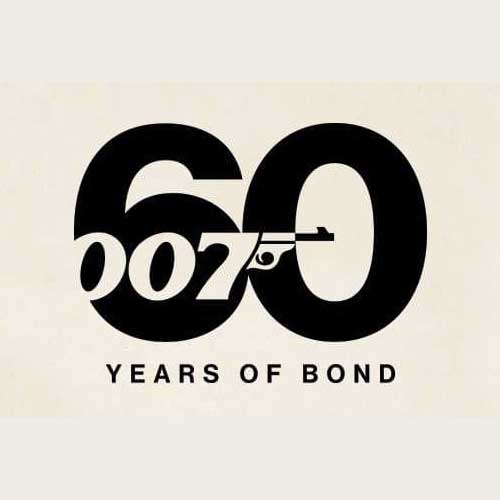 The 60th Anniversary logo is featured on two new products added to the 007 Store:


The James Bond 2022 Calendar – 60th Anniversary Edition (16 months), which features a mixture of iconic and rarely seen international poster artwork from the Bond Archive, including the Japanese poster for For Your Eyes Only (1981) by Hisamitsu Noguchi, and the hand drawn Italian locandina poster for On Her Majesty’s Secret Service (1969). The James Bond 2022 Diary – 60th Anniversary Edition (12 months), with a special Dr. No cover featuring the iconic dots from the title sequence, created by Maurice Binder.

The 60th Anniversary calendar and diary are now available for pre-order from the 007 Store, shipping in August 2021.