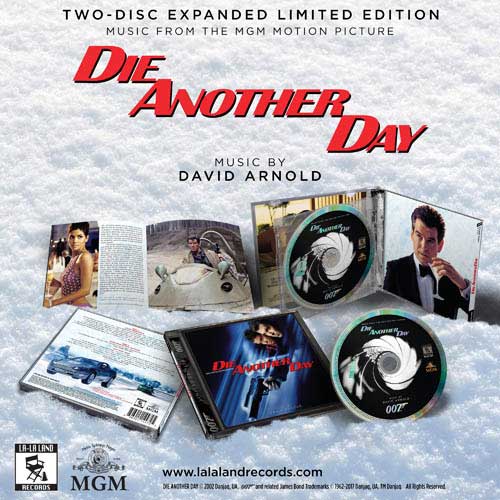 The remastered and expanded 2-Disc CD – originally released by La-La Land Records on 24 November, 2017 – is limited to 5,000 Units, and features over an hour of never-before-released music, exclusive in-depth liner notes by writer Tim Greiving, and new comments from composer David Arnold.

The CD features artwork by Dan Goldwasser, based on the design of the films US poster.

‘No Time To Die’ Enters the ARIA Charts at #4