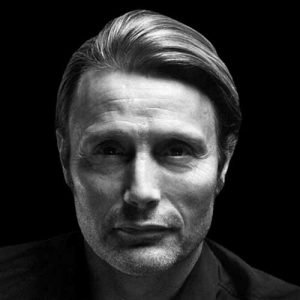 In a new interview with Vulture, Mads Mikkelsen (Le Chiffre) reveals he once left his copy of the Casino Royale (2006) script on a plane, and that the infamous torture scene could have been more “brutal and intense” had director Martin Campbell not intervened brought the actors back down to earth.

Speaking on the scene, Mikkelsen says “There were a few times when Daniel Craig (James Bond) and I went a little far at the table discussing what the scene might be able to do. It was a scene where I tortured him and he’s stripped naked to the chair, which was kind of radical. We’ve never seen Bond naked, and we’ve never seen him that fragile, and then obviously there are some undertones with the rope.”

The actor goes on to say, that “We were discussing how to approach it, and we just went further out with something that was really brutal and insane … [at one point Le Chiffre] actually cut [Bond] up somewhere, and he had to suffer with that for a while. At a certain point, director Martin Campbell was just smiling and said, ‘Boys, come back to the table. This is a Bond film. We can’t go there.‘” Concluding that, “We were lost in our indie world, right? You have to respect that. It is a Bond film. That’s the framework you need to understand.”

Mikkelsen also reveals that he accidentality left his script for Casino Royale on a plane before his audition. “I got the script before I did the casting, and it was the first time I got a script where your name is printed on every page. I fell asleep on the plane, and I forgot it on the plane. I am the reason why they put your name on the script. This is what they’re trying to avoid.”

“I panicked. I was out of the plane. I’d walked maybe a minute or something. I realized, ‘Oh, no,’ and I went back, and they wouldn’t let me in. I think I was just lucky. I think somebody who cleaned up that plane had no idea what it was and threw it out. But that is obviously a complete disaster if it ends up on the front page. I mean, this is the worst way of blowing it. I got a hold of those scenes somehow, and I went and did the audition.”

The script for Casino Royale was eventually leaked, when a copy assigned to talent agent Brett Norensberg wound up online.

Behind the Frame on ‘No Time To Die’ with Cary Fukunaga