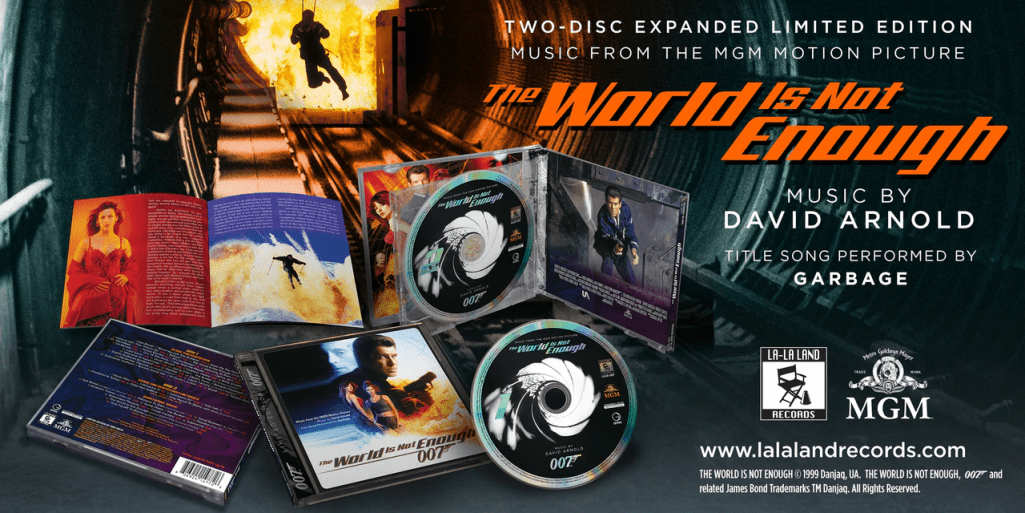 The World Is Not Enough (1999) Two-Disc Expanded Limited Edition Soundtrack is now back in stock at La-La Land Records.

The CD features artwork by Dan Goldwasser, based on the design of the films original US poster.

‘No Time To Die’ Title Song by Billie Eilish