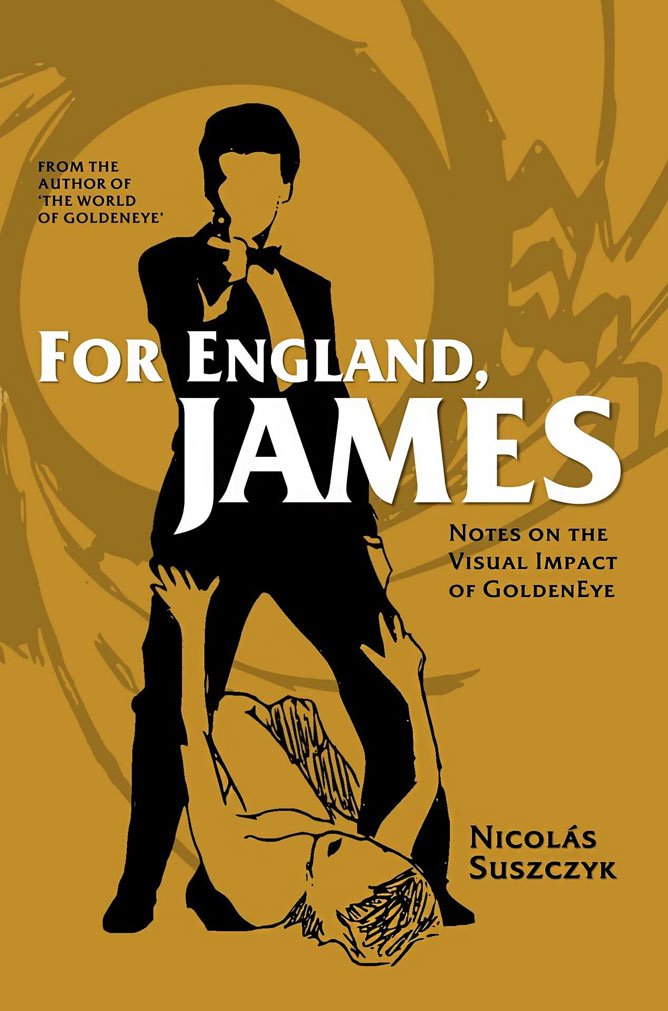 Friend of the site Nicolás Suszczyk, has published his sixth book, For England, James: Notes on the Visual Impact of GoldenEye, an exhaustive and detailed scene-by-scene analysis of GoldenEye.

There is simply much more to ‘GoldenEye’ than being a great action film of the 90s or even the James Bond film that saved the franchise a quarter-century ago. The Pierce Brosnan 007 debut adventure represents perfect teamwork led by director Martin Campbell and many other members of the crew such as editor Terry Rawlings and director of photography Phil Méheux, who donned the movie with beautiful aesthetic qualities and subtleties that often go overlooked. ‘For England, James’, written by the author who brought you ‘The World of GoldenEye’, makes an exhaustive and detailed scene-by-scene analysis at the 1995 United Artists hit film to help us understand the precious visual impact delivered by the creative minds behind it.

‘For England, James: Notes on the Visual Impact of GoldenEye‘ will be independently published via Amazon Publishing on Friday, 25 December, 2020.