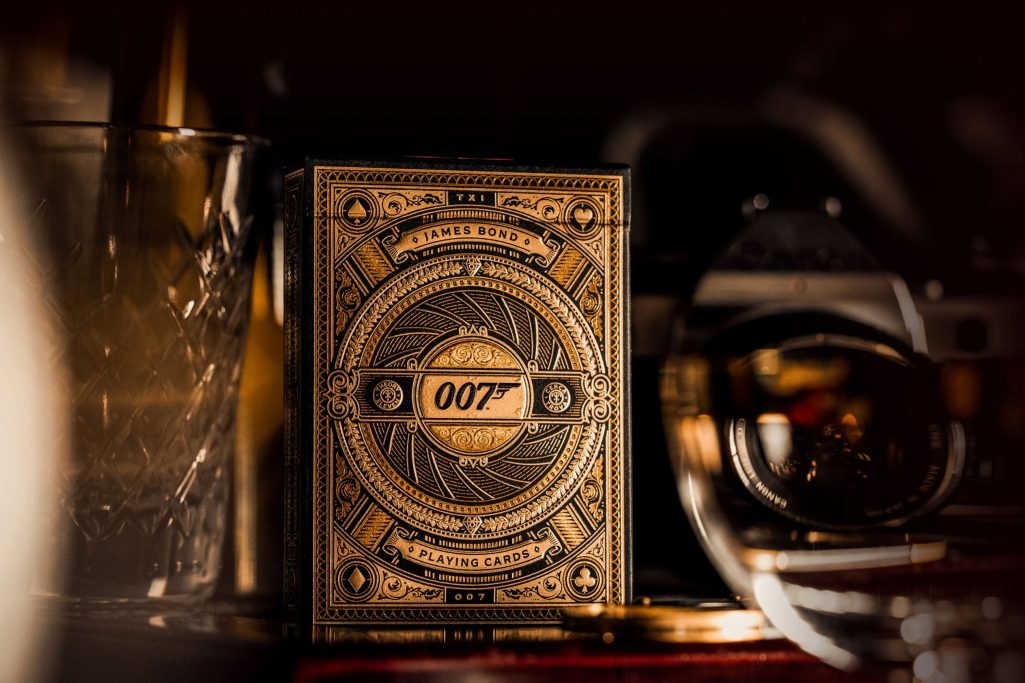 The deck feature several iconic weapons and gadgets, including the pen grenade from GoldenEye (1995), the Walther PPK, the ski pole gun from The Spy Who Loved Me (1997), Jinx’s knife from Die Another Day (2002), and is housed in a box featuring two layers of gold foil, with a sculpted 3D emboss of the Bond family crest.

The James Bond Playing Cards are now available from theory11 and the 007 Store.