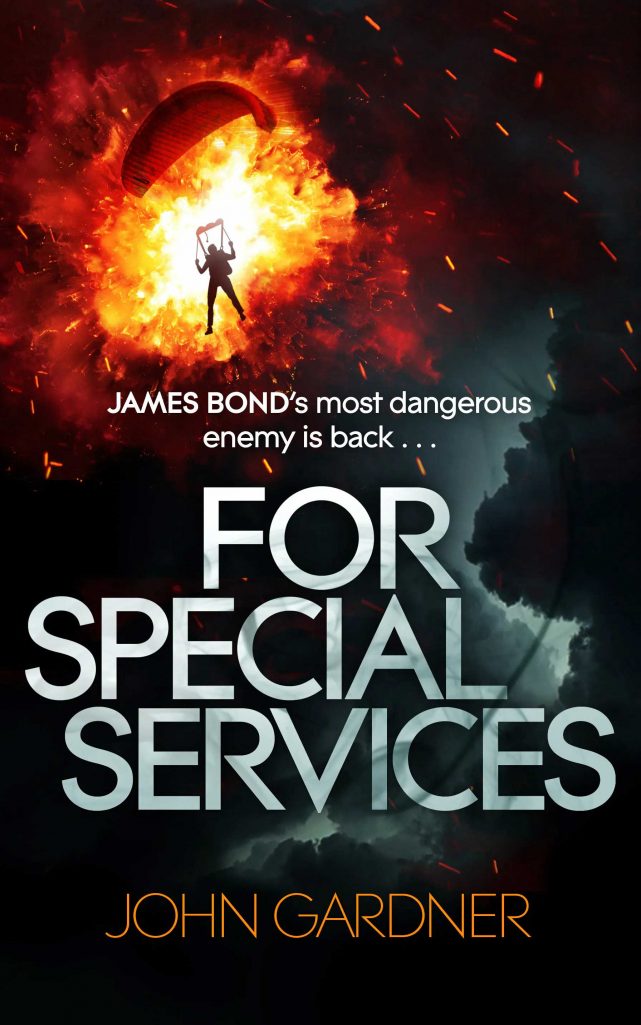 First published in 1982, For Special Services sees James Bond team up with Cedar, the daughter of his old friend, CIA Agent Felix Leiter, to investigate a dangerous criminal, suspected of reviving the notorious organisation SPECTRE. The organisation was believed to have been disbanded years earlier following the death of its leader, Ernst Stavro Blofeld, at the hands of Bond in ‘You Only Live Twice’ (1964). Bond discovers that the revitalised SPECTRE has devastating, world-threatening plans: to gain control of America’s military space satellite network.

Also set for reprint with updated cover art, is Gardner’s first Bond continuation novel, Licence Renewed (1981), which will celebrate it’s 40 Anniversary next year. Further details of its release have yet to be announced.