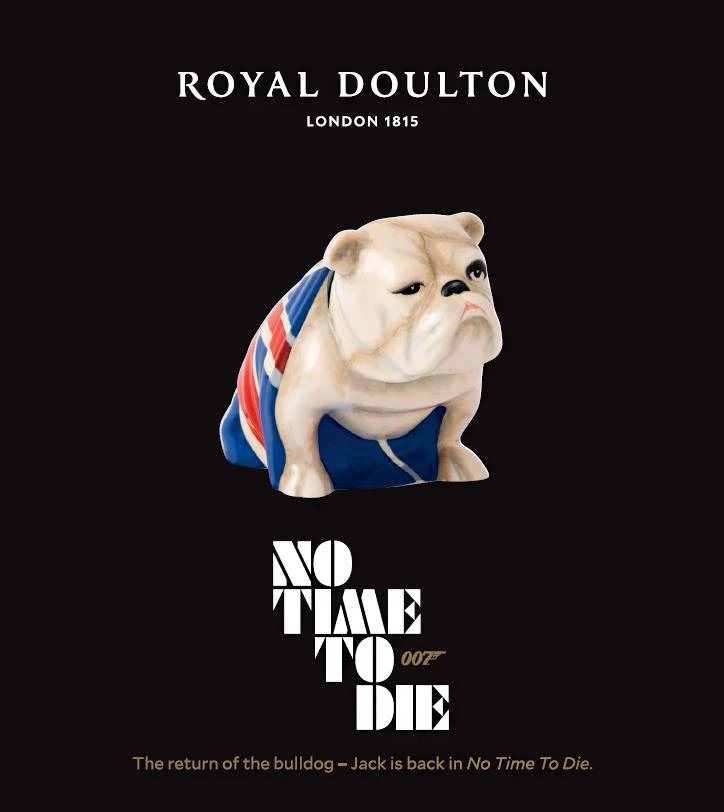 Having survived a traumatic explosion at the Mi6 headquarters in Skyfall, with little more than a few cracks and some charring to his Union Jack flag, Jack was bequeathed to James Bond (Daniel Craig) by ‘M’ (Judi Dench); and is set to return to the big screen withan appearance in the new James Bond film, No Time To Die (2020).

The new edition of Jack the Bulldog has been updated in high quality porcelain, lovingly recreated with his chips and cracks, and hand decorated by skilled ceramic artists. Jack is presented in a No Time To Die gift box, along with a certificate of authenticity, and a new reference number ‘DD 007 B‘.