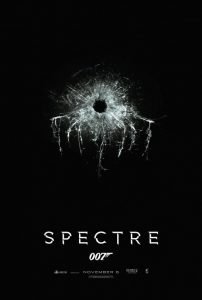 Ahead of the release of his new film, ‘The Host (2020), actor Nigel Barber spoke exclusively to The Express UK, revealing what it was like to work on the secretive set of SPECTRE back in 2015.

On the secretive nature of a James Bond set, Barber says “They were very controlled environments. You weren’t allowed to go anywhere or do anything. You were either in your trailer, which was outside the shooting area, [or on set].”

Barber reveals that he filmed three scenes for the film, with only one making the final cut.

Of the cut scenes, Barbers says one was set in Japan, “We took over the entire City Hall on the Thames, the Mayor’s office, and that became downtown Tokyo. So they green-screened out all the windows and obviously the skyline outside was Tokyo.” The on set secrecy remained, with Barber adding “They were really controlling; they put everybody into one room. You couldn’t have your iPhones, no flexibility, you were herded.”

Overall, Barber said he found it to be a thrilling experience, especially the opportunity to share a set with the likes of Daniel Craig and Naomie Harris.

‘No Time To Die’ Cast Interviews on the ‘Scoop with Raya’