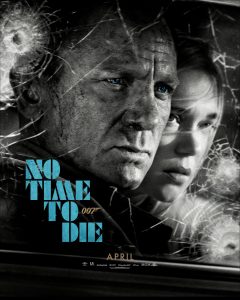 MGM, Universal and Bond producers, Michael G. Wilson and Barbara Broccoli, announced today that after careful consideration and thorough evaluation of the global theatrical marketplace, the release of ‘No Time To Die’ will be postponed until November 2020.

The film will be released in the U.K. on November 12, 2020 with worldwide release dates to follow, including the US launch on November 25, 2020.

It was communicated to James Bond Australia, that, in addition to the financial impact on the film, the delay was also due to “sensitive content featured within the runtime of the film given the current climate.”

No Time To Die will be released by Universal Pictures in Australia on 12 November, 2020.

‘No Time To Die’ Trailer Tease

‘No Time To Die’ Wraps Filming