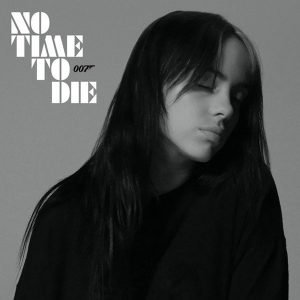 Entering the charts at #4, Billie Eilish has picked up her ninth Top Ten single on the Australia ARIA Charts with No Time To Die, the title track from the upcoming 25th official James Bond film.

No Time To Die is the highest ever charting position for a James Bond title track in ARIA history, narrowly beating previous Bond title tracks, including Skyfall by Adele (#5, October 2012), Die Another Day by Madonna (#5, November 2002) and A View To A Kill by Duran Duran (#6, July 1985).

#4No Time To Die
Billie Eilish

#5Dance Monkey
Tones and I

Two-Disc Expanded Limited Edition ‘The World Is Not Enough’ Soundtrack