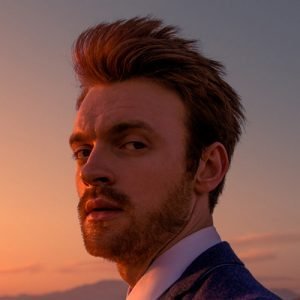 Actor, musician and producer, Finneas, recently spoke to the Pop Shop Podcast about receiving five Grammy Award nominations for co-writing and producing his sister Billie Eilish’s debut album When We Fall Asleep, Where Do We Go?, and reveals that the siblings were not “approached” to create a title song for No Time To Die, but fought it out for a year before being chosen.

You recently announced that you’ll be joining an elite club of artists that have written a James Bond theme. I know you probably can’t say jack about this, but when did you guys first get approached about doing a James Bond theme (for No Time To Die)? How long have you been holding on to this secret?

Well, at the risk of saying something that hopefully I’m allowed to say — hopefully this won’t be a long bleep-out thing. We were not really ‘approached’ about it. We fought it out for a year. We’ve always wanted to write a James Bond theme song. And you know, it’s a legendary franchise, so we had to convince a lot of people that we were the right choice. And then we had to write a song that everybody liked. So it was a hard-won process. But everybody that we worked with on it, Barbara Broccoli, the producer of the Bond franchise (alongside Michael G. Wilson), we got to work with Hans Zimmer and Steven Lipson in the studio — it was a real joy. But uh, yeah, it’s so funny, ’cause some of the headlines have been like, ‘Billie Eilish and Finneas are writing the James Bond theme.’ And I’m so glad we’re no longer writing it — I’m so glad we wrote it a couple months ago, because, oh my god, if it was like, announced that we were doing it and we still had to write it, I would have such writer’s anxiety, you know?

Absolutely. And I think people listening need to know that the James Bond theme is like a really really tough gig to get, and a lot of people … you know a number of artists will all submit a song and hope that it works, and sometimes they don’t. Like Radiohead a few years ago, put out their version of a song that wasn’t used for a James Bond film (Spectre, submitted for consideration for the film of the same name). So, you know, what Finneas and Billie did is probably what many other artists have done, where they’re like campaigning for it in a way. Just to give some context there for people listening.

It’s, in my experience, in my limited experience, as a songwriter and producer, it’s the hardest playing field I’ve never been on. … There were so many points where I was like, ‘I don’t know, maybe we don’t have this!’ (Laughs.) Like, it’s just like such a big deal. And you know … the whole pairing is very authentic to my and Billie’s relationship with those movies. We’ve always loved James Bond movies. We’ve always loved that character IP (intellectual property). The songs in the James Bond franchise have always been significant in their own right, even down to ‘Live and Let Die’ and ‘Goldfinger’ and then through to ‘Skyfall’ and ‘You Know My Name’ by Chris Cornell and ‘Another Way to Die’ by Jack White and Alicia Keys. Those are songs that have bore real importance to our songwriting lives for years. It’s much deeper than just kind of going ‘this seems like a good opportunity’ you know what I mean? We really wanted to do it. It’s like a dream come true to us. … Again, (I) can’t iterate, over-iterate … we just feel so lucky to be a part of it. We’re just pumped. I can’t wait for everybody to hear the song.