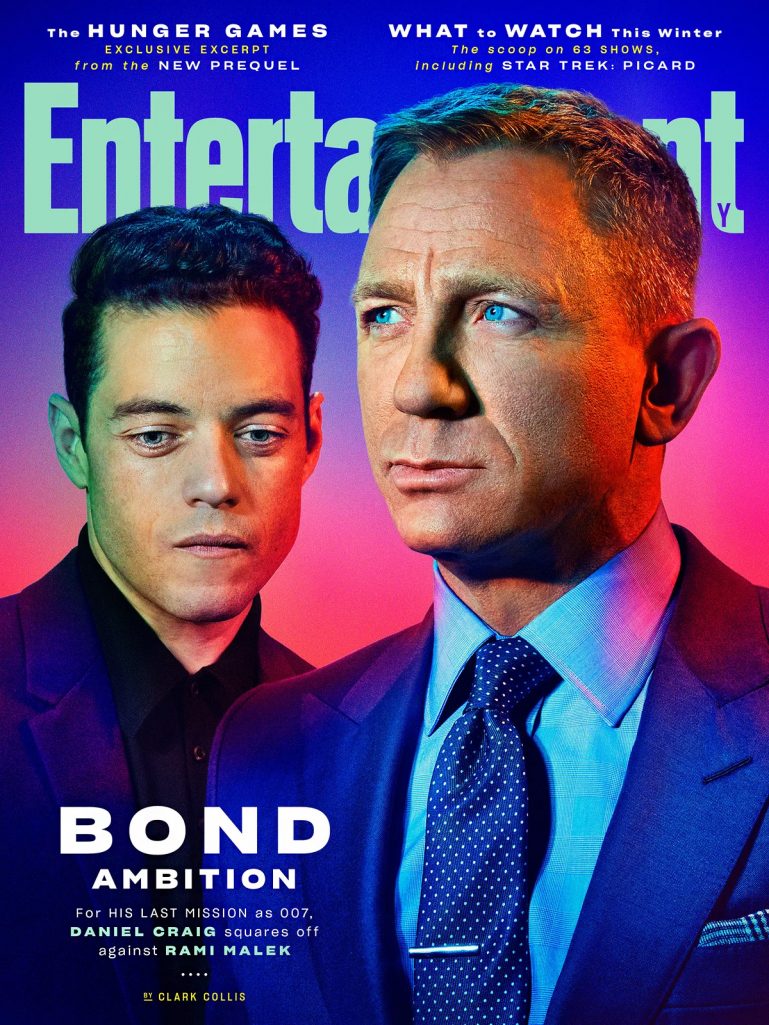 Speaking to EW, producers Barbara Broccoli and Michael G. Wilson reveal that they “considered shutting down production entirely” on the 25th Bond film, following the departure of director Danny Boyle and screenwriter John Hodge. Although no official statement on the matter has been released, the split was reportedly due to “creative difference”, with Broccoli telling EW that “It was not about anything specific. The movie he wanted to make [and] the movie we wanted to make were not the same movie.”

Daniel Craig offered a similarly diplomatic response, saying that “I’m a huge fan of Danny and I’d love to work with him. It didn’t work out. It happens all the time in movies. It’s just, in a Bond movie, it becomes this huge event that gets blown up.”

Boyle did not respond to EW’s request for comment, but in the past has said, “What we were doing was good. But it was obviously not what they wanted.”

Despite the set back, there was however one silver lining, director and writer Cary Fukuanaga, who the producers had considered before hiring Boyle, became available. Broccoli recalls, “Cary wasn’t available originally. But he became available. He was very excited to join us, and we kept going.”

Following his hiring, Fukuanaga began work on a new screenplay in collaboration with veteran Bond scribes Neal Purvis and Robert Wade, with Scott Z. Burns and Phoebe Waller-Bridge brought on board to polish the script and flesh out the dialogue.

Rami Malek, who plays the film’s villain Safin, confirms Waller-Bridge had considerable input on his character, stating that “She had quite an impact on what I was doing. I’d have long phone conversations with her, giving her context as to what we were essentially looking for in the scenes, and she would turn things over incredibly quickly. We know her as a very witty and funny writer, but she’s got a knack for drama and tension as well.”

Initially scheduled for release in November 2019, the creative shuffle behind the scenes promoted the producers to push the release date back to February 2020, and then to its final release date in April 2020. With an unfinished script and the start of production looming, Fukunaga, who likens the process of directing a Bond film to “jumping on the moving wheels of the train before the chassis were even there … and building the engine as it’s barreling towards the point of no return,” was under immense pressure, but had no intentions of rushing things. “Haste makes waste,” says Fukunaga. “There’s a lot of people around us who are pressuring us to go fast, but we’ve got to get it done right,” and “That took a lot longer than we imagined.”

“Cary is more of a scriptwriter than Danny and super interested in making sure every single word was crafted and correct,” says production designer Mark Tildesley.

The train however, threatened to derail once again, when Craig suffered an on set injury whilst filming a scene in Jamaica. “I was running down a floating dock, and it was wet, and I slipped, and I fell over, and my ankle exploded,” recalls Craig. “Unfortunately, I’ve been in the same situation before and I know the feeling of a rupturing tendon. I was just like, ‘Oh, f—.'”

Craig’s injury required both surgery and a restructuring of the shooting schedule to allow the actor time to recover. “I’ve got a great surgeon in London who said, ‘[Have this operation] and you’ll be ready to run in 10 weeks.’ You know, 10 weeks is sometimes the length of a movie shoot. Not on a Bond movie. It’s just a small part of it. So I was like, ‘Okay, let’s do this.’ I was back at work in two weeks, and in 10 weeks I was throwing myself around like an idiot again.”

It was the physical toll suffered on previous Bond films that made Craig consider walking away from the roll, following 2015’s SPECTRE. “I finished that movie with a broken leg,” says Craig, who underwent arthroscopic surgery after injuring his knee while shooting the train fight with co-star Dave Bautista. “I had to question myself: Was I physically capable of doing [another one] or did I want to do another one? Because that phone call to your wife saying ‘I’ve broken my leg’ is not pleasant.”

Eventually Crauig decided that he was up to the physical challenge of another Bond film, with encouragement Broccoli. “He felt at the end of the last movie he’d kind of done it,” explains Broccoli. “I said to him, ‘I don’t think you have, I think there’s still more of the story of your Bond to tell.’ Fortunately, he came around to agree with that.”

And so, on 2 April, 2020, the long awaited 25th installment of the James Bond franchise will hit UK cinemas, and mark the end of Daniel Craig’s tenure as James Bond.

Join the cast of No Time To Die for a fun round the (small) coffee table discussion.

The February Issue of Entertainment Weekly is available to purchase from the Magazine Store.

‘No Time To Die’ Cast Interviews on the ‘Scoop with Raya’

New ‘No Time To Die’ Still Featured in Total Film