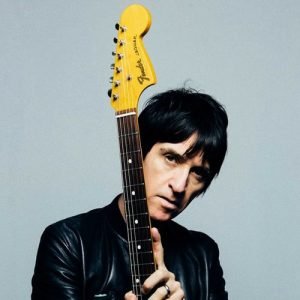 Guitarist and founding Smiths member, Johnny Marr, has announced he will be joining Hans Zimmer to work on the score for No Time To Die (2020).

Speaking exclusively to NME, Marr said: “Part of the legacy of the Bond films is iconic music, so I’m very happy to be bringing my guitar to ‘No Time To Die’.”

Marr and Zimmer have previously collaborated on the scores for Inception (2010) and The Amazing Spider-Man (2014), with Marr regularly joining Zimmer on tour as part of his live band. He has recently been replaced by his son Nile, in the band.