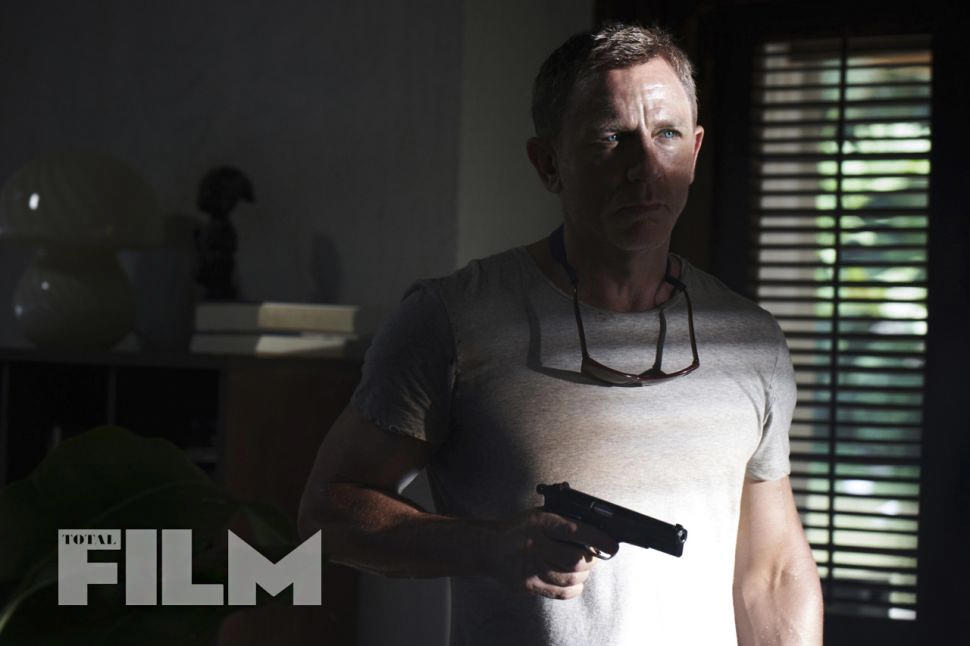 A new publicity still from No Time To Die (2020) has been published by Total Film, as part of their 2020 Preview Issue, available on newsstands from Friday, 20 December, 2019.

Speaking to Total Film, executive producer Barbara Broccoli, says “[Daniel’s] been the most extraordinary Bond. When you trace the evolution of the Bond character from ‘Casino Royale’ to now, it feels very epic. This film feels like a culmination.”

As for who Craig will face as his final villain. “Is there somebody worse than Blofeld?” teases executive producer Michael G. Wilson. “Well, maybe there is, out there…”

Following the early turmoil after director Danny Boyle’s departure – reportedly over creative differences – the scramble was on to find a new director during the resulting delay in production.

While the media and fans alike speculated over the coveted role, compiling lists of likely contenders, no one suspected the job would eventually go to Cary Fukunaga. Fukunaga however, had been in Broccoli’s sights longer than most might think. “I met Cary a couple of years ago, and we talked about [directing a Bond film]. When we were making this film, he wasn’t available. And then when we had the delay, when Danny Boyle and ourselves parted company … Cary became available. So it was a no-brainer.”

Regulars Neal Purvis and Robert Wade were brought back on to pen the script, with Daniel Craig himself requesting for Phoebe Waller-Bridge to brought on board for a late-stage script polish. “[Phoebe’s] a great writer“, says Wilson. “It was great to have her on board. Too bad we couldn’t have her longer!”

Many predict Fukunaga and Waller-Bridge could be part of a creative team that result in one of the most exciting and unexpected Bond films in years. “Some are better than others, but we always set out to make the best Bond film ever. Our feeling is we’ve achieved that on this one,” says Broccoli.

As for the characters that inhabit the world of Craig’s Bond, one thing is for sure. “We’ve been under a lot of pressure to make spinoffs,” reveals Broccoli. “But we’re like, ‘You know what? Bond is Bond. We want to make them one at a time, and create an anticipation for them, and deliver films of a very high standard.”