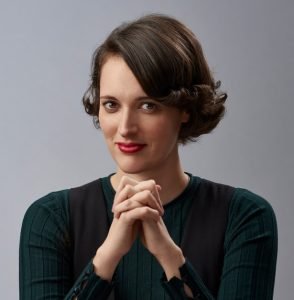 In a new interview with BBC News, Phoebe Waller-Bridge has downplayed the extent of her role as a screenwriter on the new James Bond film, No Time To Die (2020).

The award-winning actress and writer of Fleabag (BBC) and Killing Eve (BBC America), says she was bought on board “to help out” with the script in April 2019.

“They were just looking for tweaks across a few of the characters and a few of the storylines,” Waller-Bridge told the BBC.

No Time To Die will be the first Bond film to be released in the #MeToo and Time’s Up era. And while questions have been raised in recent years about the way female characters have been depicted in Bond films, Waller-Bridge insists her hiring was not to change the culture of the films.

“They were already doing that themselves,” she says. “They’re having that conversation with themselves the whole time. It was much more practical. Just, ‘You’re a writer, we need some help with these scenes. And you come up with some dialogue for these characters’.”

While Daniel Craig, says it was his idea to enlist Waller-Bridge, she says it was actually the films producer Barbara Broccoli who first got in touch.

“We met for coffee and then a few months later we met again. And then I met the director Cary Fukunaga and then I met Daniel after that. But I know Daniel and Barbara had been talking about it for while,” explains Waller-Bridge.

After spending time in New York discussing the script with Craig, Waller-Bridge joined the cast and crew at Pinewood Studios in England, where she spent “a lot of time” on set.

Unfortunately for those hoping to catch a glimpse of the actress in the film, Waller-Bridge stresses that she herself does not make an appearance in the film.