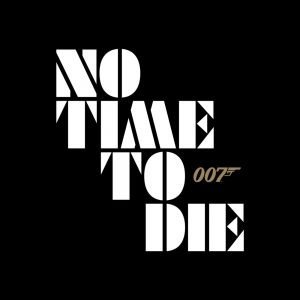 Empire Design have once again been hired to design the logo for upcoming James Bond film, No Time To Die (2020), making this their fifth collaboration with the franchise.

In a series of tweets, senior design and art director Olly Gibbs who helmed the animation and video shoot, revealed that title reveal video is timed perfectly, so that Bond turns to the camera at a very specific timestamp, 0.07.

Timed it so he turns to the camera at a certain timestamp. pic.twitter.com/lsvyDngEcI

In a break from the previous logo’s of the Daniel Craig era, the No Time To Die logo features a subtly modified version of the geometric sans-serif typeface Futura Black, designed by Paul Renner.

In an Instragram post revealing his work, designer Tom Brooks says, “A fitting, nostalgic, throwback to a film series that has increasingly paid tribute to it’s roots. For type aficionados this is a subtly tweaked version of Paul Renner’s Futura Black (1929).”