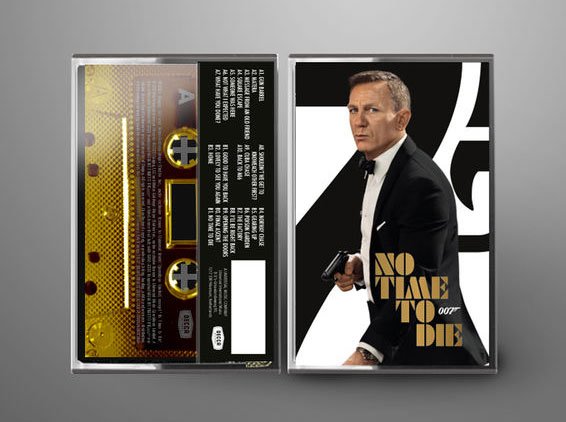 Decca Records have announced the release of the No Time To Die (2021) Gold Cassette Soundtrack on 1 October, 2021.

The official No Time To Die soundtrack was composed by Hans Zimmer, with additional music by composer and score producer Steve Mazzaro, featured guitarist Johnny Marr, and includes the No Time To Die title track written and performed by Billie Eilish.