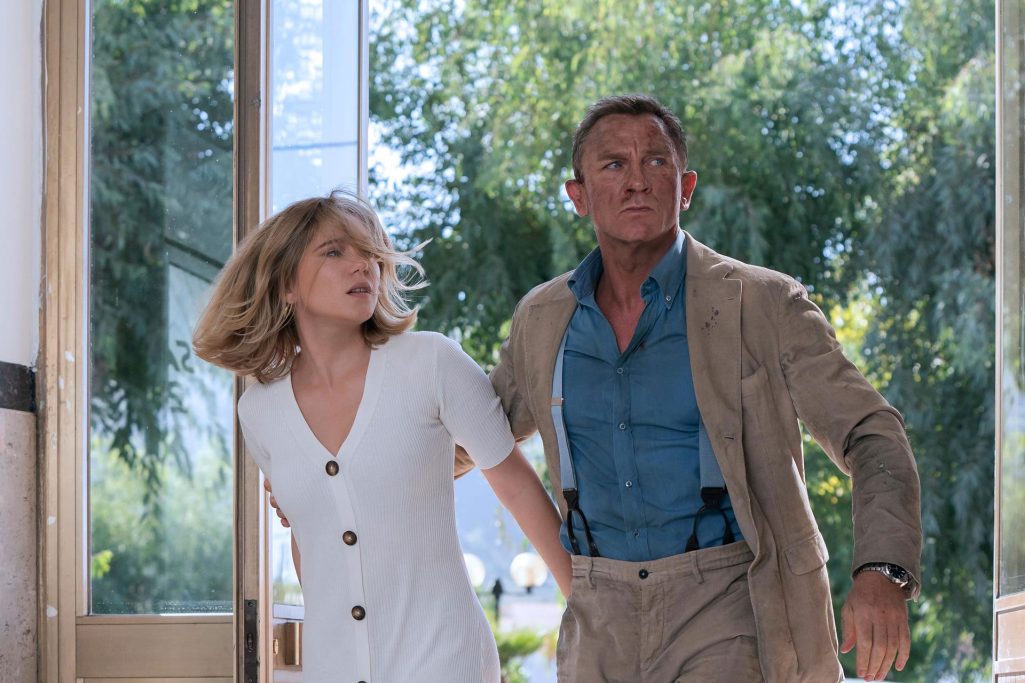 The scene screened at CinemaCon features an extended look at one of No Time To Die’s pivotal action sequences, as James Bond processes the possibility that he has been betrayed by the women he thought he loved. Despite scenes being featured in the films various trailers and promotional material, this is the first look at the scene in its entirety. Attendees have praised the work of director Cary Fukunaga, and have called the ensuing car chase one of the franchises best.

During the presentation MGM and United Artists Releasing reaffirmed their plans to release No Time To Die on 30 September in UK, and 8 October, 2021 in the US.

A full description of the scene is provided below:

(Sound is muffled at the start of the scene). Bond is on the ground, hurt. He wakes up and pulls his phone out of his jacket pocket. He starts running down the street and towards the bridge (from the trailer), chasing after a teenage boy. A car comes from behind up and tries to run him over, but Bond dodges it by taking cover behind a small rock before jumping off the bridge when a motorcycle arrives. (We see this scene in the trailer). When he lands below the bridge, he starts running through the city. He tackles the motorcyclist and fights him one-on-one, the motorcyclist reveals Madeleine is the “daughter of Spectre.” Bond takes his bike and drives it through the city, culminating in his bike jump from the trailer. He leaves the bike and goes up to a hotel room, it seems. The bell attendant says something about Bond’s wife. Bond sees Madeleine and says, “You’re right. Letting go is hard.” She responds, “James, what happened?” Bond says, angrily, “How did they know I was here? Spectre – how did they know?” A phone rings, but Bond doesn’t answer. He and Madeleine leave, getting in their Aston Martin. “I have something I need to tell you,” she says. Bond responds, “I bet there is.” Bond drives throughout the city again, trying to escape. Madeline gets a phone call. “Pick it up,” says Bond. Bond then answers the phone. The voice [Blofeld] on the other end says, “Your father would be so proud of you. Your sacrifice is our glory” Shocked, Madeline tries to reassure Bond, “James, why would I betray you?” He says, “We all have our secrets. We just didn’t get to yours yet.” Bond releases mini spike-bombs from the back of the DB5 and takes out a car. “James, listen to me. I would rather die then…” – they get hit by a car and the camera focuses on ringing church bells. They’re surrounded in an open square (from the trailer). While they’re getting shot, Bond doesn’t do anything. He just sits there. Madeline yells, “James, do something! Say something, James!” The enemy is using a big gun to try to get in the car, while Bond still does nothing. It seems he’s processing Madeline’s possible betrayal. He finally says “OK” and does a donut with the DB5 and shoots all of the enemies. The car chase continues, before Bond peels out in front the train station.

‘No Time To Die’ Logo Designed by Empire Design