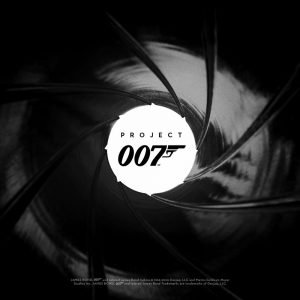 Speaking with DR.dk, Abrak confirms that the game will feature an entirely unique James Bond, one that is not based on any of the past incarnations of the character.

“It is certain, however, that the upcoming James Bond game will not be based on any of the 24 films that have been released over the last almost 60 years with the British charmer and agent in the lead role.”

Instead, IO Interactive aim to build a James Bond universe from scratch.

“We have been allowed to make our own digital Bond, which will not lean on a Bond actor. We also come up with a completely original story, and you could easily imagine that a trilogy could come out of it.”

Meeting with Barbara Broccoli and the rest of EON Productions was the culmination of nearly two years of work and preparation for Abrak and the team at IO Interactive.

“At the start of the meeting she had a very expressionless face, but as we progressed the meeting she started to smile. You could see that the younger members of the family would light up when they saw her reacting. Our history, our experience with the Hitman universe and our vision of what Bond is in a video game format, went straight to Barbara Broccoli’s heart.”

The agreement between EON Productions and MGM was announced by IO Interactive at the end of November 2020.

“We are very keen to make a very high quality game that young people around the world fall in love with and I am sure we will.”

The company of 200 employees is expected to grow to over 400 over the next few years.

“Today we are 200 employees and I expect that we will be more than 400 employees in the next few years. So there is no doubt that the Bond deal means a lot to us.”

A release date for Project 007 has yet to be announced.