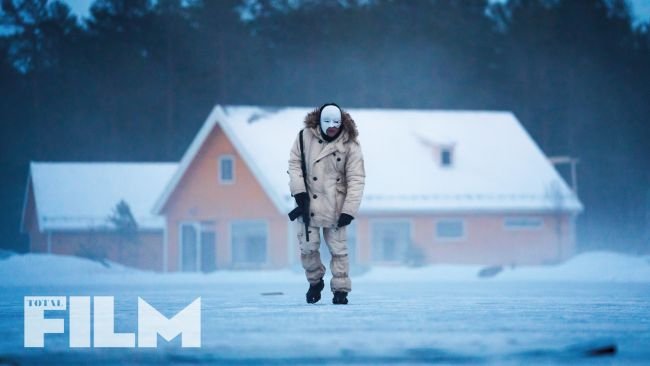 In a new interview with Total Film Magazine, Rami Malek reveals that Daniel Craig’s final outting as James Bond provided his character, the villainous Safin, with the perfect opportunity to task the secret agent with his toughest challenge yet. “When it’s Daniel’s final film, and the 25th instalment, you’re going to throw everything at him.”

Although, few details are known about Safin beyond his appearance, Malek assures that his characters facial scarring was “important to have“, and confirms the characters unsettling mask is a Noh mask of Japanese origin. “We didn’t pick a mask off a wall willy-nilly,” Malek says. “We had to think extremely specifically as to what would make the most sense. If it doesn’t make sense to the story and to the character, then arguably it loses impact.”

Speaking on the role, American-born director Cary Fukunaga, who is of Japanese descent, says Safin’s Japanese aesthetics stemmed from both his personal tastes, as well as to where Safin comes from. “We came up with a mythology about where he’s based, and how there can be a mix of cultural influences there. That all draws on the family and a lot of other things.”

Malek and Fukunaga long considered how someone like Safin could emerge as a villain in the real world. “This is something that Cary and I talked about constantly,” says Malek. “We just wanted to arrive at true fear, and what that stems from in this modern world, and what would really scare someone to death. I think, collectively, there are things that really can terrify you when you think about the direction that the world can take in an instant. Perhaps that informs some of the most tense moments in the film.”

The February 2020 Issue of Total Film Magazine will be available on newsstands from Friday, 7 February, 2020.

The Cast of ‘No Time To Die’ on Fandango All Access