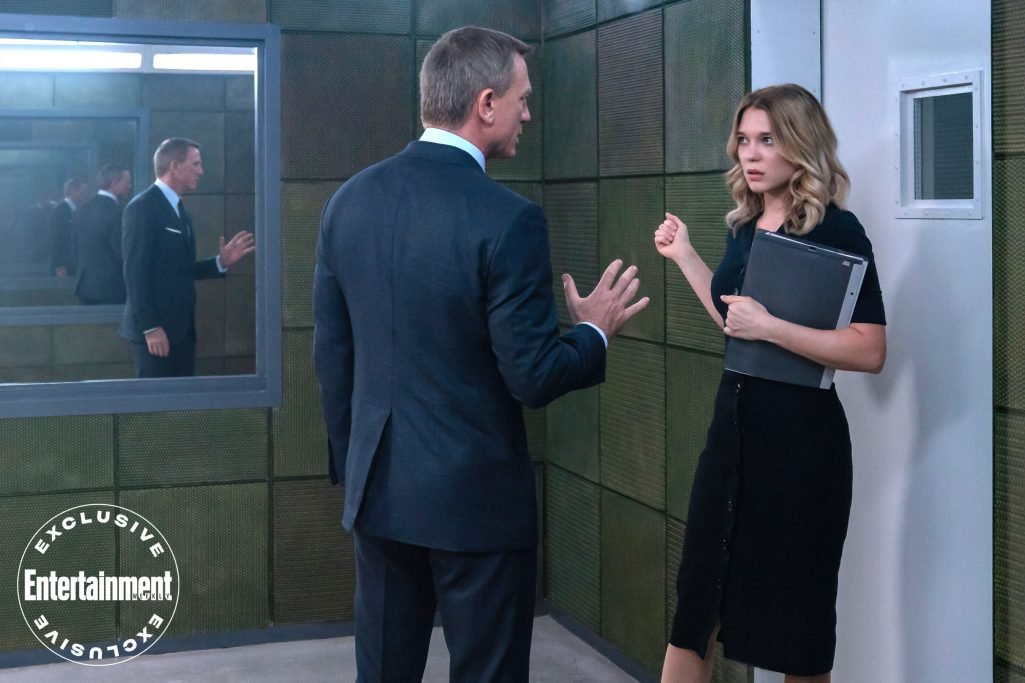 The second official publicity still from No Time To Die (2020) has been published by Entertainment Weekly, ahead of tomorrow’s trailer release.

The still features a first look at Léa Seydoux reprising her role as Dr. Madeleine Swann opposite Daniel Craig in his final outing as James Bond.

Speaking to Entertainment Weekly, Executive Producer Barbara Broccoli says “This film is really tremendous. We’re really super excited by it. We always start off these movies saying two things. One is, ‘What is Bond’s emotional journey throughout the film?’ And we’ve really thrown the book at it on this one. And the other is, ‘What is he up against in terms of the villain, and the villainy, and what’s happening in the world?’ And I think on both counts we’ve really pushed the boat out.”